All faculty have been recruited from local, state and federal forensic laboratories as well as the law enforcement and legal communities. 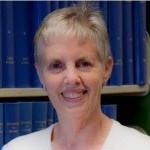 Dr. Cotton is an expert in the fields of DNA identification and analysis of biological evidence, and teaches courses in forensic DNA analysis. She has testified in over 200 cases around the country, including numerous high profile cases. Previous positions held by Dr. Cotton include Laboratory Director and DNA Technical Leader at Orchid Cellmark, and elected member of ASCLD/LAB Board of Directors; she currently serves on the Journal of Forensic Sciences Editorial Board, and is co-chair of the 2018 Gordon Research Conference on the Forensic Analysis of Human DNA.  In October of 2006 Dr. Cotton joined the faculty at the Boston University School of Medicine to be the first Director of the Biomedical Forensic Sciences Program. (rwcotton@bu.edu)

Prof. Brodeur teaches in the areas of crime scene investigation and forensic biology, and is a Fellow of the American Board of Criminalistics. She has a background in general criminalistics and forensic DNA analysis, and has worked for forensic laboratories in both the private and public sector. Her research interests focus on optimizing presumptive biological testing and collection of material from crime scenes.  In addition to teaching, Prof. Brodeur is the faculty co-advisor for the student forensic science organization, chair of the program admissions committee, and founding Associate Director of the BMFS program.  She currently serves as President of the Council of Forensic Science Educators.  (abrodeur@bu.edu) 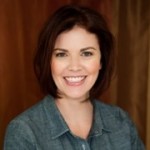 Prof. Botch-Jones teaches courses in forensic toxicology, advanced chemistry and forensic instrumental analysis, and is the faculty advisor for the Nu chapter of Delta Delta Epsilon, the national forensic science honor society. She is a board certified forensic toxicologist by the American Board of Forensic Toxicology. Her professional experience in forensic toxicology was obtained at the Federal Aviation Administration toxicology laboratory in Oklahoma City and at the Tarrant County Medical Examiner’s Office in Fort Worth, Texas with case work in both post- and ante-mortem analysis. Current research interests include emerging issues related to forensic toxicology, novel psychoactive substances and other drugs of abuse. Prof. Botch-Jones serves as the Scientific Co-Chair of the Toxicology Section of the American Academy of Forensic Sciences and the Drug Chemistry Chair of the Northeastern Association of Forensic Scientists. (sabraj@bu.edu) 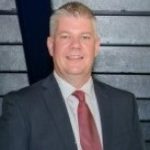 Dr. Hall is a forensic chemist specializing in the areas of  fire debris and explosives analysis.  Prior to his appointment he served as the Director of the Mass Spectrometry Facility within the Barnett Institute of Chemical and Biological Analysis – Department of Chemistry and Chemical Biology at Northeastern University in Boston, Massachusetts. He received a Bachelor’s degree in Chemistry from Stonehill College, a Master’s degree in Chemistry and a PhD in Analytical Chemistry, from Northeastern University. Prior to his academic career, Dr. Hall was employed by the Massachusetts State Police Crime Laboratory as a forensic chemist and crime scene responder. (adamhall@bu.edu) 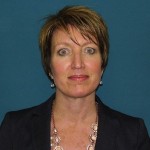 After obtaining her J.D. from the University of San Francisco School of Law in 1990, Ms. Knight began her career in prosecution and for a decade served as both an assistant district attorney and an assistant attorney general for the Commonwealth of Massachusetts. Throughout her tenure as an assistant district attorney, she prosecuted a full range of felonies including crimes against children, arson, sexual assault and murder. As a member of the Corruption, Fraud and Computer Crimes Unit of the Office of the Attorney General, Ms. Knight specialized in prosecuting crimes committed over the Internet. Ms. Knight spent ten years in the private sector, litigating medical malpractice cases and specializing in white-collar criminal defense and civil litigation. In that role, she served as co-counsel on the largest personal injury verdict in Massachusetts history. Ms. Knight is currently the Chief of the Elders and Persons and Persons with Disabilities Unit for the Suffolk County District Attorney’s Office, which includes the city of Boston.   Previously, she was assigned to the Homicide Unit, prosecuting murder cases from response to crime scene to resolution, and was a Supervising Attorney in the Chelsea District Court. She co-teaches the Criminal Law I and II courses, providing testimony skills coaching, ethics education and expert witness training. 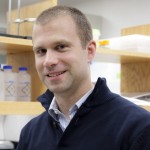 Mr. Kosiorek has been employed with the Boston Police Crime Laboratory for nearly two decades and is currently the Laboratory Director. His experience in the lab includes case management, serological testing, general evidence exams, processing crime scenes, and shooting reconstruction. Mr. Kosiorek has a B.S. in biology from Providence College, a MS in pharmaceutical sciences with a concentration in forensic science from the University of Florida, is a Fellow of the American Board of Criminalistics (ABC) and is a Certified Senior Crime Scene Analyst (CSCSA) through the International Association for Identification.  He teaches crime scene investigation and forensic biology lab in the BMFS program. 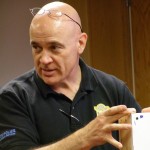 Kenneth Martin retired as a Detective Lieutenant and Commanding Officer of the Crime Scene Services Section (CSSS) of the Massachusetts State Police after serving with the department for almost 33 years.  Mr. Martin is a past president of the International Association for Identification (IAI) and is presently the IAI’s representative to the Consortium of Forensic Sciences (CFSO). In addition to lecturing to various audiences and having been published in the Journal of Forensic Identification, he is certified by the International Association for Identification as a Latent Fingerprint Examiner, Footwear Examiner, Bloodstain Pattern Analyst, Senior Crime Scene Analyst and Crime Scene Reconstructionist. He has served as a member of various working groups including the General Forensics Technology Working Group, the Office of Law Enforcement Technology Commercialization, and the Scientific Working Group on Friction Ridge Analysis, Study and Technology (SWGFAST).  Mr. Martin has also served as a member of the Scientific Working Group on Bloodstain Pattern Analysis (SWGSTAIN), the NIJ/NIST Expert Working Group on Human Factors in Latent Print Analysis, and on the International Association of Chiefs of Police Forensic Science Committee.  He currently serves on the OSAC Bloodstain Pattern Analysis Subcommittee and the American Academy of Forensic Sciences’ Academy Standards Board Bloodstain Pattern Analysis Committee.  Mr. Martin has a B.A. in Biology; a B.S. in Criminal Justice; a M.S. in Criminal Justice and is a graduate of the FBI’s National Academy 192nd session.  Currently, he is the Quality Assurance Manager for the Latent Print Section of the New York City Police Department and works as a private examiner with Bevel, Gardner and Associates.  He has taught Bloodstain Pattern Analysis for the Biomedical Forensic Sciences Program since 2007. 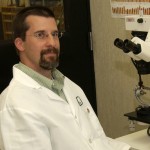 Mr. Ostrowski is the Supervisor of the Pattern Evidence Unit of the New Hampshire State Police Forensic Laboratory in Concord, and he teaches in the Pattern Evidence Analysis lecture and laboratory course.  He earned a Bachelor of Science degree in Biology from Dickinson College and a Master of Science degree in Forensic Science from the University of New Haven.  He performs casework in the disciplines of firearms, toolmarks, physical match, fingerprints, obliterated serial number restoration, gunshot residue/shooting distance determination, and crime scene processing.  Mr. Ostrowski is a Certified Latent Print Examiner through the International Association for Identification.  Additionally, he holds certifications in the areas of Firearms, Toolmarks, and Gunshot Residue through the Association of Firearm and Tool Mark Examiners. 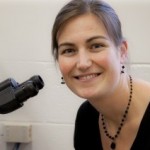 Ms. Reynolds teaches the Trace Evidence Analysis lecture and laboratory courses.  She holds a B.A. in Biochemistry and a MS in Forensic Science.  She has a background in both trace evidence and criminalistics, and is currently employed as a Criminalist IV in charge of the Trace Evidence Section at the Boston Police Department Crime Laboratory. Ms. Reynolds provides expert testimony in such areas as trace evidence, general criminalistics, crime scene processing, and bloodstain pattern analysis. She is a certified hair and fiber examiner and Diplomate with the American Board of Criminalistics (ABC) and is a Certified Crime Scene Investigator through the International Association for Identification (IAI). 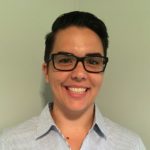 Ms. Rimkus received her B.A. in Chemistry from Wellesley College and her M.S. in Biomedical Forensic Sciences (with a concentration in Forensic Chemistry) from Boston University School of Medicine. She is currently employed as a Unit Supervisor at the Massachusetts State Police Crime Laboratory in Sudbury, Massachusetts where she oversees casework conducted in the Drug Identification Unit. In addition to supervising and conducting casework in controlled substance analysis, she also participates in clandestine laboratory response. She has provided expert testimony in controlled substance analysis in district, superior, and federal courts throughout the Commonwealth. Ms. Rimkus teaches the Analysis of Controlled Substances lecture course. 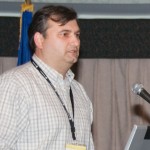 Mr. Truta has been a Senior Criminalist with the Latent Print Section at Boston Police Department since 2005. He started his forensic career in 1996 at Cluj-Napoca Police Department in Romania, where he worked in the fields of crime scene investigation, forensic photography and pattern impression identification (fingerprints, footwear imprints, tool marks and questioned documents). In 2001, he worked for United Nation Peace Keeping Mission in Kosovo as a crime scene investigator and latent print examiner. He lectures frequently on different forensic topics at conferences and other professional meetings. Mr. Truta served as a member of the Forensics Identification for Standardization Committee of the International Association of Identification (IAI), and he is a Certified Latent Print Examiner (CLPE), a Certified Forensic Photographer (CFPH) a Certified Senior Crime Scene Analyst (CSCSA) and a Certified Footwear Examiner. He earned a Licentiate Degree in Judicial Sciences (JS) with a concentration in forensics/criminalistics in his home country of Romania.

Patricia Jones (Patty) is the Executive Financial Coordinator for the Professional Masters Programs in the Dept. of Anatomy & Neurobiology. She came to BUSM in December, 1999. For over 8 years, she worked in the Division of Graduate Medical Sciences, encompassing many different roles. As assistant for the Associate Dean, she coordinated the Mini-Med School and assisted the Registrar. In September 2008, Patty joined the Dept. of Anatomy & Neurobiology working for the Masters Programs in Biomedical Forensic Sciences, Healthcare Emergency Management, Bioimaging and Forensic Anthropology.  Patty plays a crucial role in the BMFS program management. 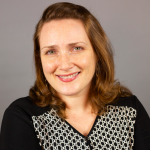 Melissa Kelly plays a vital role in maintaining department operations. She works extensively with the day-to-day operations of the department and assists with Biomedical Forensic Sciences program management.

Anti-Procrastination Workshop: Creating an IDP for your life – 2/26

Billiards now at Fuller Gym as well as FitRec classes