We are proud to announce that Dr. James Feldman, Professor of Emergency Medicine and Director of the Emergency Department Research Section, has received the Massachusetts Medical Society Committee Chair Service Award, which recognizes exceptional leadership and service to the Society. He will receive the award at the Society’s annual meeting on April 30th. 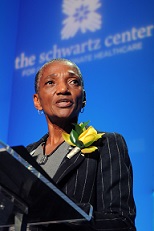 This award recognizes a healthcare provider who embodies characteristics of compassionate care such as respect, interpersonal communication, empathy, and cultural sensitivity.

Dr. James was cited for her extraordinary ability to interact "with patients in a truly authentic and compassionate manner. She sees the person behind each injury and searches for that person’s story. Her sensitivity, communications skills, optimism and kindness have deeply impacted the lives of her patients and families."

Dr. James is an Assistant Professor of Emergency Medicine, Director and Co-founder of the Violence Intervention Advocate Program (VIAP), Co-founder of Unified for Global Healing, and President of the Boston Medical Center Medical and Dental Faculty. She received the award on November 20, 2014. 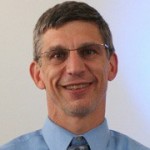 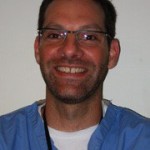 We are very pleased to announce that Dr. Ron Medzon will become the Director of Boston Medical Center's Clinical Simulation Center effective July 1st. Ron is an Associate Professor of Emergency Medicine and a practicing clinician in our Emergency Department.

Ron is a graduate of McGill University and the Albert Einstein College of Medicine. He completed his residency in Emergency Medicine here at the Boston City Hospital/Boston Medical Center program. He has published over 25 peer-reviewed articles, case reports, and book chapters, including in the field of simulation, and has co-edited a textbook in Emergency Medicine. For the past 8 years he has focused on developing educational curricula using simulation in the Emergency Medicine Residency. END_OF_DOCUMENT_TOKEN_TO_BE_REPLACED 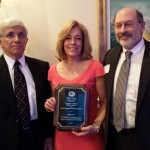 This award recognizes a physician from each of the Massachusetts Medical Society's 20 state districts who has made significant contributions to his or her patients, his or her community and who also is a leader in his or her field.

We are proud to announce that Dr. Jeff Schneider, Residency Program Director, has been chosen as the recipient of the 2014 Massachusetts College of Emergency Physicians (MACEP) Emergency Medicine Physician of the Year award!

This prestigious award recognizes and honors an emergency medicine physician who has made significant contributions to the advancement of emergency medicine in Massachusetts. The award will be presented at MACEP's annual meeting on May 7, 2014.

Dr. Kristin Dwyer, PGY4, has been selected as MACEP’s Emergency Medicine Resident of the Year!

We are proud to announce that Dr. Gabrielle A. Jacquet, Assistant Residency Director and Director of the International Health Section, has been chosen as the recipient of the prestigious 2014 Academy for Women in Academic Emergency Medicine (AWAEM) Early Career Faculty award!

Each year AWAEM awards this honor to a female faculty who shows promise for significant career achievements in the field of Emergency Medicine. Dr. Jacquet was chosen because she "has devoted much of her academic focus to Emergency Medicine development projects internationally with research and training projects in India and Haiti. In addition to working internationally, Dr. Jacquet is devoted to improving education in her own residency program and has demonstrated a strong commitment to mentoring. She formally and informally mentors many residents and colleagues and has helped organize a women's mentoring program at her institution. Dr. Jacquet's commitment to education, her advocacy for emergency medicine internationally, and her dedication to mentoring distinguished her among the strong field of candidates."

Congratulations to Dr. Joseph Pare, PGY4, for his acceptance into the Master of Health Science (MHS) program at Yale University!

Dr. Pare, who begins an Ultrasound Fellowship at Yale-New Haven Hospital this summer, is receiving support for the MHS program by the Department of Emergency Medicine. The MHS degree is completed over two years in conjunction with the fellowship program.

Dr. Pare will investigate the use of emergency point-of-care ultrasound for fluid management and resuscitation in sepsis.