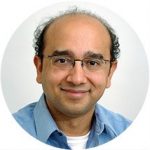 Suryaram Gummuluru, PhD, MED, Microbiology, is a scientist in HIV pathogenesis. His research primarily focuses on understanding how HIV-1 is captured and disseminated by cells of the innate immune system, including dendritic cells and macrophages. His work demonstrated the role of a novel, otherwise unknown, receptor-ligand pathway in HIV capture, a finding that has been replicated by a number of other laboratories since that time. He also has demonstrated that this pathway can be exploited for therapeutic delivery to select myeloid cell types in secondary lymphoid tissues.This latter work has been patented with his collaborator, B Reinhard. More recently, he has begun to dissect the mechanisms by which HIV continues to induce a chronic inflammatory state in infected individuals, even when HIV production is fully suppressed by combinatorial antiretroviral therapies, and contributes to numerous virus-associated co-morbidities. He is a regular member of NIH study sections, including chairing special emphasis panels on AIDS and AIDS-related applications. He is a sought-after invited speaker, has been session chair at Cold Spring Harbor meetings and serves as a member of the editorial boards of Virology and Frontiers in Virology. 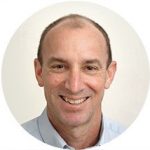 Andrew Henderson, PhD, MED, Medicine/Infectious Diseases, is known for his work in HIV cell and molecular biology. His research, consistently funded since 1997, primarily focuses on cellular mechanisms of HIV latency with the overall goal of discovering potential targets that may be used to control the HIV reservoir. Highlights from his research include understanding how signals control HIV replication and latency and characterizing transcriptional networks that establish HIV latency. He has more than 60 peer-reviewed publications, delivered 65 invited seminars and participates on more than 50 scientific review panels, including serving as chair and standing member of the NIH AIDS Molecular and Cellular Biology study section. In addition to his research, Dr. Henderson has helped establish an NIH-sponsored STEM post-baccalaureate training program for underrepresented groups and established and participated in NIH Fogarty International Center training grants at Makerere University, Uganda, and the University of Liberia. He also is an associate director of the NIH-sponsored Providence/Boston Center for AIDS Research.