PhD Candidate in the Department of Microbiology 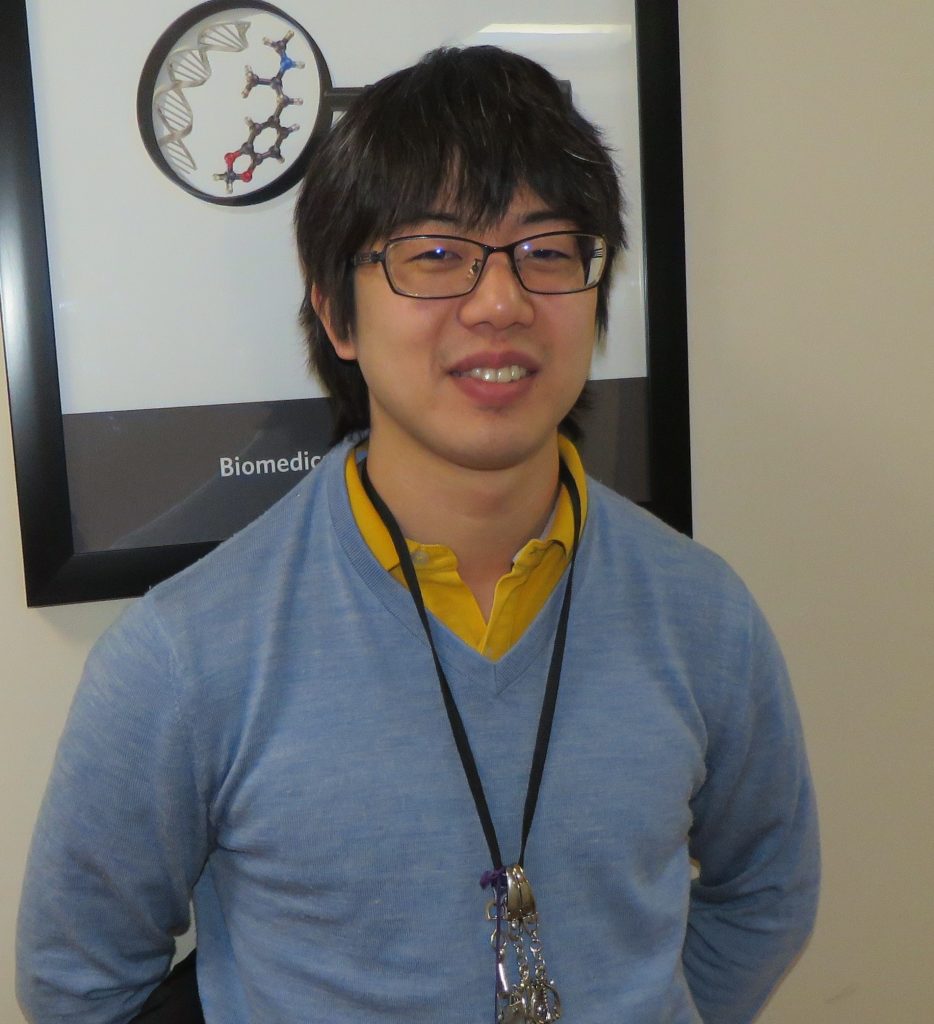 What drew you to Boston University for your graduate studies?

It was mainly the friendly, collaborative atmosphere that the students had when I was interviewing here. It was less stressful in terms of there being more communication between students, and it being more supportive in a way I didn’t quite see in other programs.

If someone from the United States talks to you about wanting to visit Japan, where would you tell them to go?
Traditional ones would probably be the best ones – Kyoto, Tokyo, Nara, Osaka would be the major ones. They’re the key attractions with both ancient history on the one side, and modern civilization on the other. Most of these places are also compatible with English.

You should also definitely find a phone carrier that has an international/traveler’s plan. In Japan, Wi-Fi is not very common. You will end up using data packages when accessing the internet, such as when you open google maps or get texts, it can cost a lot of money due to roaming charges. If you’re ever lost, or if you’re in a bad situation you will need a reliable connection. In some ways, Japan is similar to China – there’s a mix of conservative, traditional culture with the technological improvements of the modern age. So there ends up being these weird, but interesting, clashes like Wi-Fi.

Can you talk a little about your dissertation research?
I’m currently researching the influence of the lung virome and how it can affect pulmonary B cells. The question we’re trying to address is: since there are pulmonary viruses in the lungs and the lung tissue itself can sustain germinal centers and B cells, we are testing the hypothesis on whether the lung carries a unique B cell antibody repertoire not found in other organs. Much like the hot research topic nowadays of the gut microbiome and how it can affect your health, we’re looking at the lung virome from the perspective of the humoral immune system.

What unique strengths do you bring to your graduate studies?
I was born in Japan, moved to the states at the age of 3 and stayed until I was 13 years old, so I grew up here for a total of 10 years. Because of that, I would say one of my unique strengths is the mix of growing up in America and living in Japan. I have the ability to communicate both sides fairly efficiently. I also have the American side of thinking independently and putting forth your own thoughts. But, I’ve also been exposed/trained in the East Asian side where we value thinking about our coworkers and surroundings more than accentuating independent thoughts.

What unique challenges do you think you faced in graduate school?
Coming to graduate school was less about being a student, despite having the word “School” in it. Being a student all my life, to me it’s more about gradually understanding all the responsibilities of being an adult. Not just connecting with your peers and thinking about your career, but also all of the other smaller stuff that gets wrapped into it, like documents, deadlines, meetings, progress reports. It doesn’t really feel like school, but neither is it a true job.

What are your long-term goals?
For long term goals I would say an industry research position would probably be what I would like. I like to talk about science, I love to debate about science, and I like presenting science. However, the thought of being a PI is not very appealing to me. I prefer a structured environment for me to work in, like having my long-term due dates and knowing what I need to do. Going through the day to day of writing grants again and again and appealing for money is not exactly what I would like to do for the rest of my life.

What advice would you give to international students who are just arriving and just starting graduate studies?
Take care of your documents first off. Make sure to check off all the boxes. If your passport is gone, or other documents are gone, it’s going to be very hard to get them back.

Beyond that I would say keep in touch with your family. Even though I’ve lived in the U.S. before, I still get homesick about Japan every so often as well. I’ve also definitely experienced “Boston shock”, like the viciousness of the drivers and the absentmindedness of the bikers around here would be my top two. So be wary of that. On the plus side, I feel people in Boston are actually a little nicer and chattier than the people I’ve met in Japan, so there’s the good and the bad.

What do you do for fun?
Cooking is one. Especially when I really want to lay off steam, I just start getting creative about some ideas sometimes. Most of the times it comes out good, sometimes I have to deal with the results. My cooking is centered around Japanese and Italian cuisine, mostly because Italian tends to be a little easier than other styles, like French cooking. There’s all the prep work that has to go into French cooking that I already do in Japanese cooking to get that proper taste. I don’t want to spend that much time every time I try to make something.

It’s also hard to make Japanese cuisine here sometimes because I can’t get some of the ingredients that I need. I jump at the chance when I can get them. For example, burdock root isn’t commonly used in Western culture. One it’s fairly tasteless, two it’s super fibrous, three it’s not very palatable for most people. But, in Japan we actually use it quite often. It’s a very unique crunchy texture that is kind of lacking when you don’t have it in specific dishes.

If my friends and family could send me something from Japan I would probably ask for a steady stock of those airtight soy sauce bottles. The bottle is double layered, so it doesn’t let air in when you squeeze the bottle and the soy sauce doesn’t oxidize. I’d ask for that because soy sauce is very important for my culture. I could ask for video games and anime goods as well but I don’t think they’d consent to that. And where am I going to store it all?

Besides cooking though, when it’s nice out I’ll go biking. Or if I feel lazy, I just sit at home and play video games.

Are there any faculty members on campus that have helped in your transition to graduate school significantly?
Mostly the international people. For example, Dr. Hisashi Akiyama gave me helpful advice dealing with paperwork between Japan and America. For example whether my situation unique or is there actually a pipeline for me to go through.