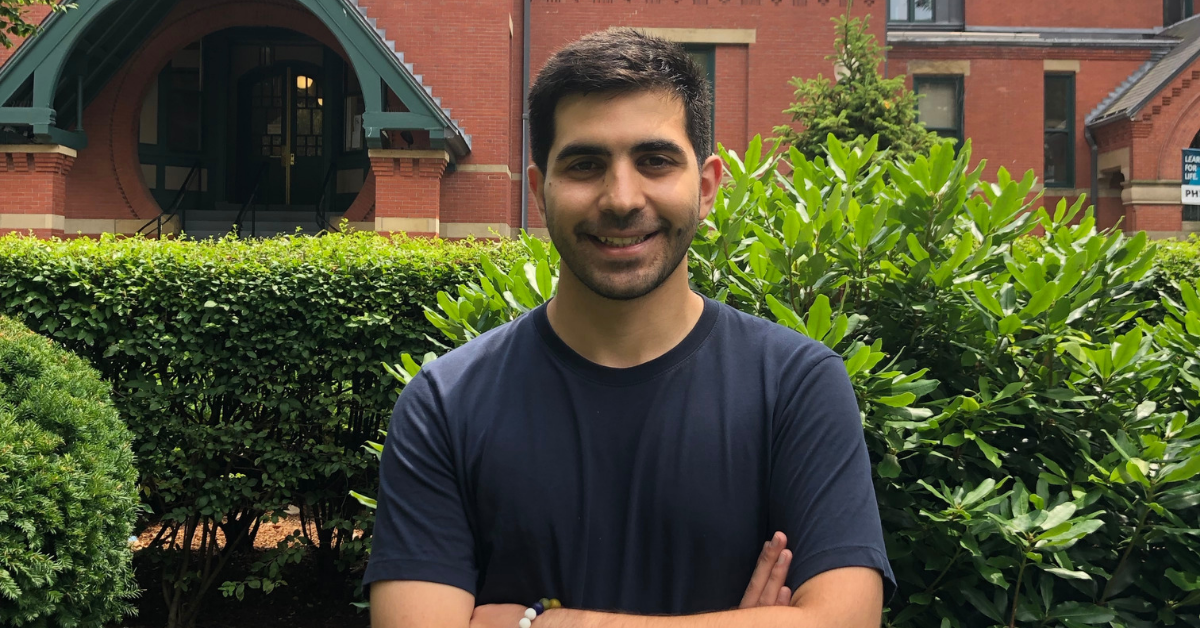 Ali Tavasoli first realized he wanted to become a dentist while working at a student-run clinic at University of California Davis and helping the underserved community in the Sacramento area.

“I got to see how, even though we think we are living in a land of opportunity, not everyone has that equal access to that opportunity, whether it’s in oral health or in general,” he said.

Originally from Iran, Ali moved to the United States about six years ago and got his bachelor’s degree in Neurobiology, Physiology and Behavior. He chose to get his master’s degree in Oral Health Sciences at BU because of the positive feedback he heard from family and friends about the school.

“Everyone told me how people are like a second family here,” he explained. “That’s what attracted me the most.”

Ali began the master’s program in 2018 and completed it in one year. He said that the OHS program at GMS not only helped him improve his academic record for dental school, but taught him critical techniques for studying.

“I learned how to learn, and that’s the most important thing. I didn’t know that I didn’t have an organized way of studying until I started this program. People were so kind and willing to help, and for the first time I was attracted to studying,” he said.

He noted that students in the OHS program have a lot going on, so it’s essential to maintain mental health – his favorite way to do so is by going on morning runs.

“I think the most important thing is just to keep up something on the side,” he explained. “I like to run, it’s a beautiful neighborhood and everyone loves to run here.”

Ali will attend dental school at BU next year and is eager to go out and work somewhere that allows him to give back to the community.

“BU GMS is the most amazing thing that ever happened to me. It was a turning point and changed me as a person, and the way I actually look at my future,” he said. “Whatever I have is because this country gave me the opportunity to be here to study, and I honestly want to give back because I feel like everyone needs that second chance.”