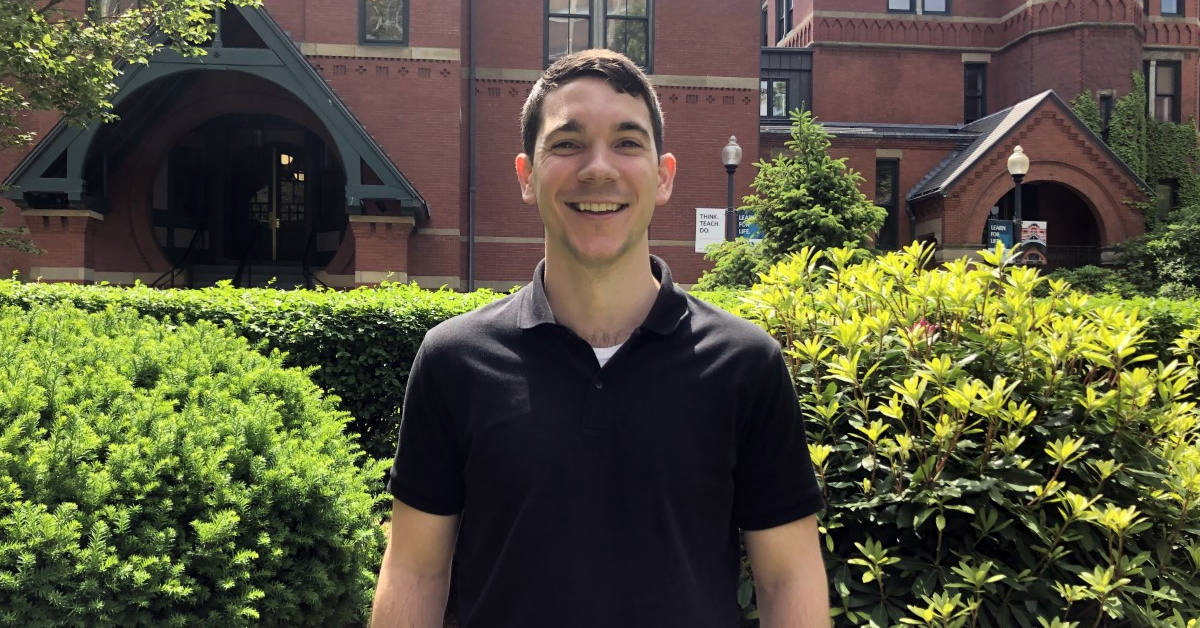 When Jeff Kuniholm attended his interview day for the Program in Biomedical Sciences PhD program at Graduate Medical Sciences, he was immediately impressed by the sense of comradery in the graduate school.

“People were very willing to talk to one another, shake your hand, and introduce themselves,” he said. “That kind of loosened me up as an interviewee where I got to really know some of the faculty here, and it just sold it for me where I was fully on board after that.”

After receiving his undergraduate degree in biochemistry from Northeastern University, Jeff went on to work at two different biotech companies that focused on infectious diseases. Those work experiences sparked his desire to come back to school. He now works in Lee Wetzler’s lab where he helps develop components of vaccines.

Once Jeff was accepted to the program, he attended an event put on by the Biomedical PhD Student Organization (BPSO). From there, he decided to go to more events and realized the significance of the group as a networking opportunity and chance to interact with his peers.

“You’re going to know these people when you leave here. And maybe you’ll move to Seattle and somebody who has gone through the program lives in Seattle and is at a company you want to work for, or a school where you want to get your foot in the door.”

Wanting to provide those same opportunities to his classmates, Jeff went on to become president of the organization. As president, he works with the outward facing side of the BPSO and divvies up responsibilities at officer meetings. Currently, he’s working to create a PhD representation position on the Graduate Medical Sciences Student Organization (GMSSO) board.

“I think it’s a really important aspect of PhD training because it’s really easy to just get tunnel vision and stay in the lab,” he said. “It’s important to take the time to step away, ignore that for a second, and talk to people face to face.”