Dr. Edward Bernstein, Professor of Emergency Medicine, and Dr. Kristin Dwyer, graduate of the BMC Emergency Medicine Residency Program, were featured in a recent article in the Boston Herald on efforts to treat patients suffering from opioid addiction.

Boston Medical Center’s Department of Emergency Medicine is a national leader in substance abuse research, intervention, and treatment. Our innovative Project ASSERT program and nasal naloxone kit distribution efforts were cited by the article as potential models for other emergency departments trying to combat the region’s opioid epidemic.

Congratulations to Project ASSERT, which celebrates its 20th anniversary this year!

Project ASSERT (Alcohol & Substance Abuse Services, Education, and Referral to Treatment) is an innovative BMC Emergency Department-based program that is a national leader in substance abuse interventions. Founded in 1994 by Drs. Ed and Judith Bernstein and the Department of Social Work, Project ASSERT connects patients with substance abuse treatment programs, opioid overdose prevention, primary care, and social support services. The program is staffed by health promotion advocates who are experienced substance abuse counselors and represent the surrounding communities served by the hospital. Most recently, Project ASSERT has channeled its advocacy efforts towards improving the accessibility of substance abuse treatment services for LGBTQ patients and advocating for policies that promote the use of intranasal naloxone rescue kits.

Learn more about Project ASSERT and how many people they have helped. 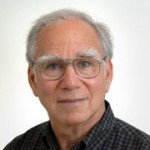 Congratulations to Dr. Ed Bernstein, Professor of Emergency Medicine and Director of the Public Health Section, for his recently published opinion piece in the Boston Herald outlining the need for a cohesive response from the State of Massachusetts to the growing epidemic of opioid addiction.

We are proud to have an expert in the field of opioid and substance abuse leading the charge here at BMC! Read the article in its entirety here. Tours of local shelters and non-profit programs have been integrated into the residency program's curriculum, promoting better understanding of the perspectives and backgrounds of many patients who visit the Emergency Department. END_OF_DOCUMENT_TOKEN_TO_BE_REPLACED