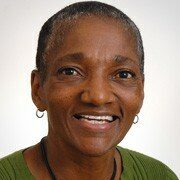 Dr. James has chaired and served on national committees within the Society for Academic Emergency Medicine (SAEM), served as a moderator, and has given public lectures and talks. She was appointed to the SAEM Women in Academic Emergency Medicine Task Force, is a member of the Boston University School of Medicine Admissions Committee, and in 2009, Dr. James was appointed to the Massachusetts Board of Registration in Medicine, where she presently serves as Chair of the Licensing Committee. Dr. James is the 2008 awardee of the David H. Mulligan Award for public service.