The 2019 academic year has been a great period of transition for the GSI.  We are optimistically anticipating this transition to set the foundation for a new era – GSI 2.0.

To recap some noteworthy moments from this past year, the GSI has observed extensive personnel transitions including Anita DeStefano shifting to another leadership role outside of GSI, Rick Myers blissfully entering retirement, and the previous admin, Katie McCue, receiving a promotion. Despite the GSI’s sadness in seeing their team members depart ways from the GSI, it is an exciting venture receiving new blood with raw enthusiasm to facilitate change. Nelson Lau was selected as the GSI’s new Director, Rachel Flynn became the new Co-Director, and Emily Piontek now supports the GSI as a financial admin.

Outside of the shift in personnel, the Annual Symposium in November 2018 was well attended in conjunction with a record company sponsorship thanks to Katie McCue, Anita DeStefano, Rick Myers, and Alla Grishok.

The GSI seminars had exceptional attendance and were able to host some spectacular scientists and academics. We are eager to note that seminar planning for this coming academic year is already underway!

In partnership with the Graduate Program in Genetics & Genomics (GPGG), the GSI was able to provide student laptops as a resource for new students that join the program. This is the first time the GPGG/GSI has been able to offer this kind of perk and we are excited for our 2 new students to have a new level of support.

Another big win for the GSI has been hosting our first-ever ddPCR and scRNAseq Workshop Grants Competition that helped researchers collaborate in new ways and incentivize experimenting with new equipment that the GSI has funded.

All of these accomplishments could never have been done without the help of combining the previous experience of the GSI’s tried-and-true team members with the new ideas and enthusiasm of our newest team members. We are so grateful for all the insight given to us from Anita, Rick, and Katie and we are excited to see how our new chapter of faculty and staff take their own spin on the GSI’s mission. Keep your eyes peeled for an amazing 2020 for the GSI! 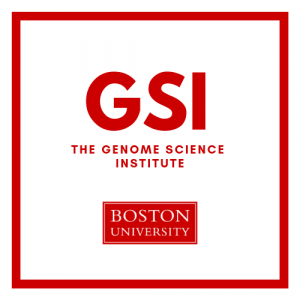 Email gsi@bu.edu to request membership and learn more about what resources are available to you.