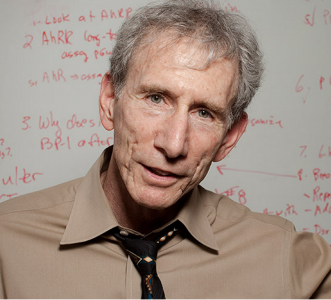 Recent studies have demonstrated that a number of common environmental pollutants (i.e. aromatic hydrocarbons, dioxins, PCBs) compromise the immune system as well as induce cancer. Like immunosuppressive therapeutics (e.g. steroids), these compounds induce thymic atrophy, decrease resistance to infectious agents and transplantable tumors, reduce bone marrow cellularity, alter lymphocyte homing, impair B cell antibody responses, decrease cytotoxic T cell activity, inhibit natural killer activity and decrease cytokine production. Immunotoxicity mediated by extremely low concentrations of environmental pollutants is regulated by an intracellular aromatic hydrocarbon receptor (AhR) which, when bound by hydrocarbons, dioxins, or PCBs, translocates to the nucleus, activates gene promoters, and induces transcription of a number of genes including proto-oncogenes and cytokine genes. Although the endogenous AhR ligand is unknown, work from our laboratory indicates that the AhR’s nominal function is to regulate cell growth and death. A number of systems have been used to test this hypothesis and to determine the role of the AhR in immune system development and malignant transformation: 1) Using in vitro and in vivo models of B lymphocyte development in murine bone marrow, our lab has demonstrated that extremely low concentrations of AhR ligands induce pre-B cell programmed cell death (apoptosis). Apoptosis is AhR-dependent and is mediated by early activation of transcription factors in bone marrow stromal cells, production of a soluble “death factor”, and down-regulation of the promiscuous transcription factor, NFkappaB, in pre-B cells. 2) Using AhR transgenic mice produced in our laboratory and AhR knock-out mice, our laboratory has demonstrated that normal development of the immune system (and of other organ systems including the ovaries), is influenced by the AhR. Current studies are defining the molecular level the mechanisms of this developmental control. 3) Using a rodent model of breast cancer and human breast cancer cell lines, we have demonstrated that mammary tumors express high levels of constitutively active AhR, supporting the hypothesis that aberrant AhR expression and activity plays a critical role in neoplasia. That this active AhR is critical to maintenance of breast tumor growth is supported by the inhibition of tumor cell growth with pharmacologic AhR inhibitors. Current studies are directed toward identification of cell cycle regulatory elements influenced by the AhR and towards evaluation of naturally occurring AhR inhibitors as potential breast cancer therapeutics. 4) Since the AhR and AhR-regulated genes are expressed at extremely high levels in rodent and human tumors, we are attempting to use the human AhR itself as a tumor-associated antigen with the goal of generating a relatively tumor-specific cytolytic T cell response for use in human immunotherapy trials. To this end our laboratory has demonstrated that AhR-specific human CD8+ T cells can be generated and are capable of killing AhR+ leukemic cells in an MHC-restricted fashion. This work is being carried out in collaboration with the Dana-Farber Cancer Institute. These studies are designed to assess the normal function of the AhR and to determine how environmental pollutants commandeer these functions to result in aberrant cell growth or development.

International Innovation, published by Research Media, is the leading global dissemination resource for the wider scientific, technology and research communities, dedicated to disseminating the latest science, research and technological innovations on a global level. More information and a complimentary subscription offer to the publication can be found at: www.researchmedia.eu