Click here to see our individual lab websites for: 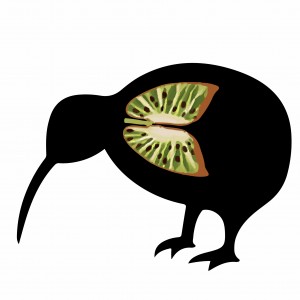 The Kotton-Ikonomou-Wilson (KIWi) group is a collaborative basic science laboratory in the Boston University Center for Regenerative Medicine (CReM)– recently featured in BU Today. The KIWi group’s goal is advancing our understanding of lung disease and developmental biology with a focus on stem cell biology and gene therapy. We are a group led by three PI’s with a shared mission and shared resources, working in shared space in a large physically continguous lab. We believe that novel treatments for many lung diseases can be realized based on a better understanding of how the lung develops as well as regenerates after lung injury. We are particularly interested in understanding how lung cells decide and remember who they are. To this end, one focus of our group is defining the genomic and epigenomic programs that regulate lung cell fate. A longer term goal is the de novo generation of the full diversity of lung lineages and transplantable 3D lung tissues from pluripotent stem cells.

Many of uur projects utilize pluripotent stem cells, such as embryonic stem (ES) cells and induced pluripotent stem (iPS) cells to advance lung-related biomedical research. This scientific mission is carried out with an equally important emphasis on mentorship of trainees and participation in local, national, and international research agendas in partnership with patient advocacy foundations and in collaboration with a close-knit international community of pulmonary basic scientists. We are advocates for an ‘Open Source Biology’ approach to sharing our cells, reagents, and ideas without restriction or exclusivity, and we adhere to the philosophy that ultimately all basic scientific research is “translational” (i.e. can advance clinical care), if performed rigorously and with a thirst for new knowledge. 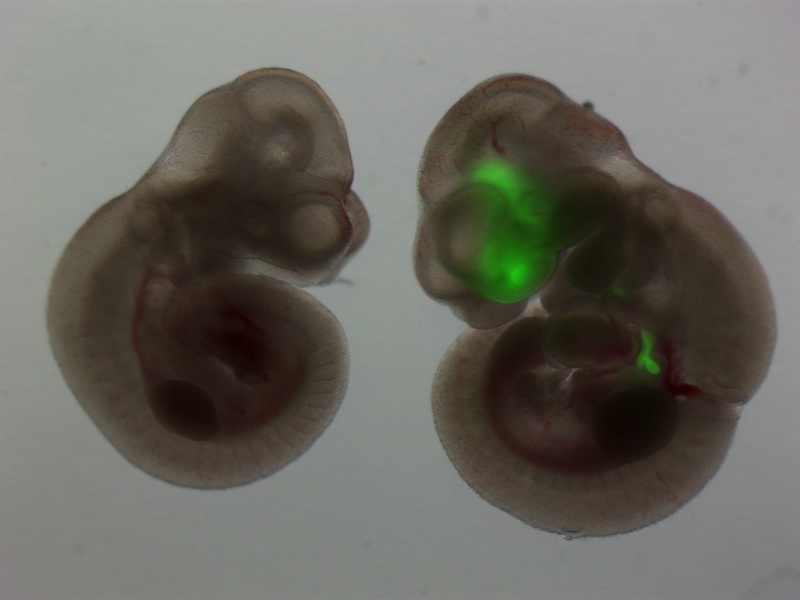 Lung disease is responsible for tremendous worldwide suffering. Our lab is interested in developing new treatments for genetic lung diseases, such as the two most common inherited lung diseases: emphysema due to alpha-1 antitrypsin deficiency and cystic fibrosis. We also develop reconstituting therapies designed to replenish the injured or degenerating lung epithelium, such as that seen in tobacco smoke-induced COPD/emphysema, idiopathic pulmonary fibrosis and ARDS.

A unifying approach we have taken over the past decade is the de novo derivation of lung lineages from pluripotent stem cells. We have published tools and approaches for the derivation and purification of primordial lung progenitors based on cell sorting endodermal cells expressing the transcriptional regulator, Nkx2.1. This locus is the first to be activated during the cell fate decision to become lung epithelium, which occurs early in embryonic development within the anterior foregut’s developing endoderm. Since the entire lung epithelium develops from these rare Nkx2.1+ primordial lung progenitors, our lab is particularly focused on understanding the regulation of the Nkx2.1 gene locus, including its epigenetic status. A rare cohort of children with mutations in this locus, suffer from the Brain-Lung-Thyroid syndrome and hence this is one of the disease targets of our work, which is performed in collaboration with the Children’s Interstitial Lung Disease Foundation (chILD).

In many ways the lung is defined by its primary function: the exchange of gases required by air-breathing mammals. Successful lung function requires an intricate 3D structure and the integration of many cell types. Beginning as a postdoctoral fellow in 2009 and rising to faculty in 2010, Dr. Laertis Ikonomou joined our group to lead a new program in biomedical engineering focused on lung regeneration. In 2009, we began a now long-standing collaboration with Dr. Harald Ott of Massachusetts General Hospital, resulting in 2010 in the publication of the first successfully transplanted bioartificial lungs in rat recipients. In addition to this productive, NIH-funded collaboration with Dr. Ott, our program includes investigators across both medical and Charles River campuses at Boston University, including the biomedical engineering research laboratories of Dr. Joyce Wong, Dr. Bela Suki, Dr. James Collins, and the Physics research program of Dr. Pankaj Mehta. Together this team constitutes one of the most expansive lung-related biomedical engineering programs in the country. Our focus currently is to develop bioreactors designed to grow bioartificial lung tissues or an entire transplantable lung organ. We focus on using mouse or patient-derived iPS cells to generate a diversity of lung lineages to construct bioartificial lung tissue. Disease models and mechanistic studies are a current focus of these projects and in the future we hope to derive transplantable organs, even though accomplishment of this ultimate goal in patients remains many years, if not generations away. 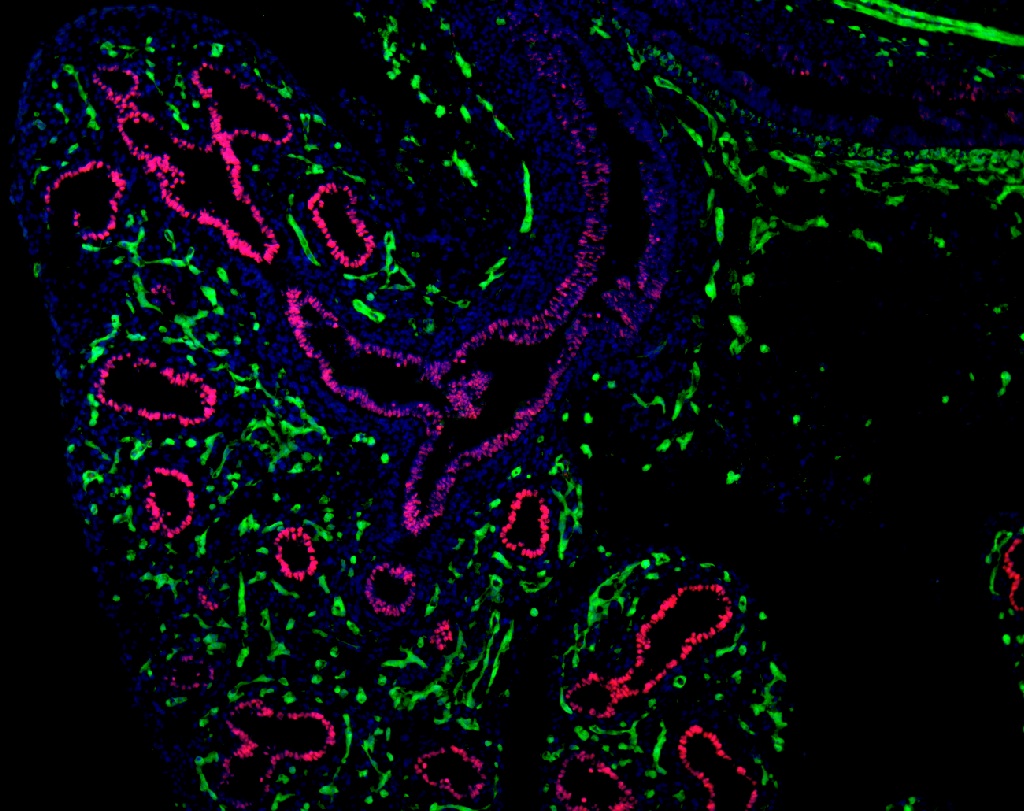 In previous years we have developed technologies for reprogramming patient skin or blood specimens into iPS cells. We have generated a large bank of lung disease-specific iPS cells and we are currently focused on using this bank to model a variety of lung diseases. For example we have large iPS cell repositories generated from patients with cystic fibrosis, alpha-1 antitrypsin deficiency, and a variety of childhood genetic lung diseases (chILD). The in vitro disease models we are developing we hope will allow a better understanding of disease pathogenesis and enable the development of novel gene therapies, cell-based reconstituting therapies, as well as optimized screens of new therapeutic drugs. We believe patient-specific iPS cells provide  a platform for the ultimate accomplishment of personalized medicine, the tailoring of therapies individualized for each patient’s own genetic background and unique disease phenotype. In the past we have published a proof-of-principle of this concept, generating iPS cells to understand individualized drug therapy for a patient suffering from long QT syndrome.  In the future we hope to apply this approach to better understand and treat the following diseases: 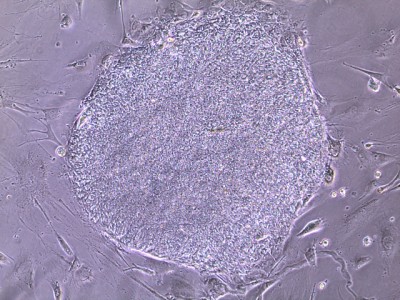 We are supported by several patient-focused foundations to target the above diseases, including The Alpha-1 Foundation, The Cystic Fibrosis Foundation, the Americal Lung Association, and the ChILD Foundation. We have a particularly long and fruitful relationship with the Alpha-1 Foundation as our investigators serve on the Foundation’s scientific boards and Grants Advisory Council. For many years this remarkable Foundation has funded our gene therapy and stem cell work whose focus is understanding and better treating both the lung and liver diseases, caused by Alpha-1. In 2012, Drs. Andrew Wilson and Darrell Kotton co-founded BU/Boston Medical Center’s “The Alpha-1 Center”, dedicated to the comprehensive care of patients and families suffering from Alpha-1. In recognition of our research contributions, in 2010 Dr. Kotton received the Alpha-1 Foundation’s ‘Golden Shillelagh Award’, given each year to honor a researcher whose work most impacts those with alpha-1 antitrypsin deficiency. In 2013, Dr. Wilson was awarded the Foundation’s ‘Alpha-1 Clinician of the Year’ prize and that same year Dr. Kotton was awarded the Foundation’s ‘Alpha-1 Researcher of the Year’ prize. 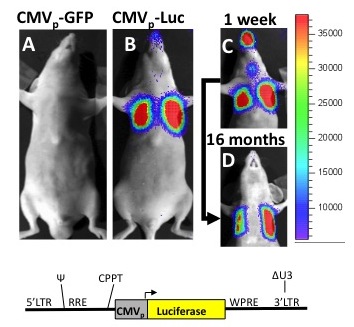 Most importantly, we continually strive to ensure our laboratory remains a vibrant, fun, and rigorous environment where trainees from across the world come for mentorship and the pursuit of new knowledge. We are most proud of the graduates of our lab, including pulmonary MD fellows and post-doctoral PhD fellows who have gone on to academic faculty positions and our student PhD graduates who have gone on to successful post-doctoral fellowships. Truth, scholarship, rigor, curiosity, and ‘Open Source Biology’ sharing continue to be the underpinnings of our training style.