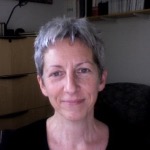 We are also interested in the signaling pathways that regulate limited proteolysis catalyzed by the ADAM (a disintegrin and metalloprotease) family of proteases. ADAMs cleave a number of transmembrane proteins within their extracellular domains, resulting in the release (shedding) of their ectodomains. In some cases, these shed fragments are biologically active. Ectodomain shedding is often followed by, and is a prerequisite for, cleavage of the remaining C-terminal stub by gamma-secretase. This liberates the cytoplasmic domain, which, in the case of a number of proteins, has been shown to be signaling-competent.

Work from my laboratory and others has established roles for G protein-coupled (including muscarinic) receptors, growth factor receptors, protein kinases and calcium influx as activators of APP ectodomain shedding. We are currently investigating the regulation by dynamin-dependent endocytosis of ADAM10 trafficking, maturation, and activity as an APP sheddase. Other ADAM substrates being studied in this laboratory include the discoidin domain receptor (DDR)1, which undergoes ectodomain shedding in response to collagen binding, and ADAM10 itself, which is constitutively cleaved by ADAM9 and ADAM15 to generate a soluble ectodomain, and a C-terminal fragment that is a substrate for gamma-secretase.

Many different proteins are cleaved by ADAM proteases, and although ADAMs are believed to exert a mitigating influence in Alzheimer’s disease, they may exacerbate the pathologies of cancer, inflammation, and vascular disease. It is therefore important to fully understanding the roles played by ADAMs in the entire spectrum of normal and pathologic situations before their potential as therapeutic targets can be effectively exploited.