Welcome to the largest and most comprehensive study of centenarians and their families in the world!

To Discover the Secrets of A Long Healthy and Happy Life…

Our two major studies are the New England Centenarian Study (founded 1995) and the multi-center Long Life Family Study (Boston Medical Center is one of 5 study sites), established in 2006.

We are actively seeking participants to be in the New England Centenarian Study. The criteria are simply subjects age 103+ years old or 100+ years with siblings.

If you would like to contact the study, please call us at 888-333-6327 (toll free)  where you will hear a menu to be connected to a member of the research staff (please choose this option). You can also email the study manager, Stacy Andersen PhD at stacy@bu.edu or the Principal Investigator, Thomas Perls MD, MPH at thperls@bu.edu.

A Summary Of Our Key Findings:

The New England Centenarian Study is funded by: 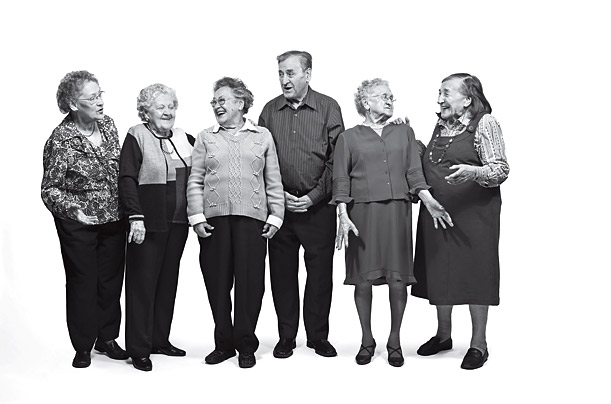 Since 2006, the  Long Life Family Study has been conducting a prospective study of 5,000 subjects belonging to about 550 families that demonstrate particularly impressive clustering for exceptional longevity. The Long Life Family Study is funded by and collaborates closely with The National Institute on Aging. 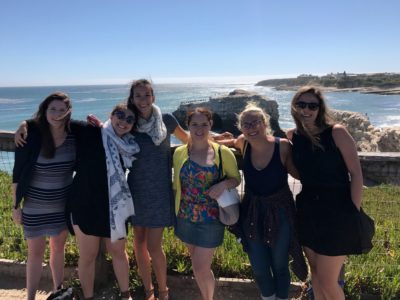 Please call Dr. Thomas Perls toll-free at 888-333-6327 or email him at thperls@bu.edu if you or a family member wish to discuss our studies, find out more information regarding enrollment or to discuss supporting our studies. 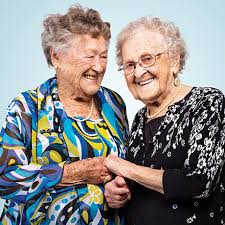 Genes play a critical and complex role in facilitating exceptional longevity. The genetic influence becomes greater and greater with older and older ages, especially beyond 103 years of age.

Many of the above genetic findings were replicated in a combination of 5 collaborating centenarian studies.

The Older You Get, The Healthier You’ve Been

In another paper published January, 2012, we have produced perhaps some of our most exciting findings to date. Early on inThe New England Centenarian Study, we thought that centenarians had to markedly delay or even escape age-related diseases like heart attacks, stroke, diabetes and Alzheimer’s, or else they would never be able to get to their very old ages. In fact, in 1980, a Stanford researcher named James Fries proposed the “Compression of Morbidity” hypothesis which states that as one approaches the limit of human life span, they must compress the time that they develop diseases towards the very end of their life and he proposed that people around the age of 100 do this. However, in 2003 we found that many of our centenarian subjects had age related diseases even before the age of 80 (about 43%, and whom we called “survivors”), after the age of 80 (about 42% and whom we called “delayers”) and lastly, those who had no mortality-associated diseases at age 100 (about 15% and whom we called escapers). The key though was that 90% of all of the centenarians were still independently functioning at the average age of 93 years. Somehow, despite the presence of diseases, people who become centenarians don’t die from those diseases, but rather they are able to deal with them much better than other people and remain independently functioning more than 30 years beyond the age of 60. Therefore it seemed to us that for these study participants, it was not so much the compression of morbidity that was important to their survival, but rather a compression of disability.

In this current paper though, titled Health span approximates life span among many supercentenarians: Compression of morbidity at the approximate limit of life span, we have found that we just weren’t looking at old enough subjects when investigating Jim Fries’ hypothesis. As some of you know, over the past few years we have been working hard on recruiting and enrolling the most extreme old, supercentenarians who are people that live to 110 years and older. Once we enrolled our hundredth super-centenarian (by far the largest collection of supers in the world), we were able to investigate whether or not people who truly approach the limit of human lifespan actually compress their morbidity towards the end of their lives.     In our study of a reference group, nonagenarians (subjects in their nineties), centenarians (ages 100-104), semi-supercentenarians (ages 105-109) and supercentenarians(ages 110+), the subjects had progressively shorter periods of their lives spent with age-related diseases, from 17.9% of their lives in the referent group, to 9.4% in the nonagenarians and down to 5.2% in the supercentenarians. These findings support the compression of morbidity hypothesis and the idea that there truly is a limit to human life span 125 years. Also the supercentenarians were much more alike in terms of the markedly delayed age of onset of age-related diseases compared to the subjects age 100-104 who were quite heterogeneous. That homogeneity indicates they must have some factors (presumably genetic) in common that allow them to be so similar. We believe that our oldest subjects, ages 105+ years, give us the best chance and discovering these genes.

The New England Centenarian Study, along with collaborators at the Scripps Institute and the University of Florida, Gainesville, performed and  published the first-ever whole genome sequence of a supercentenarian –and actually not one super, but two, both over the age of 114 years and one was a man and the other a woman. As with our paper on the genetic signatures of exceptional longevity, we found here as well that centenarians have just as many genetic variants associated with diseases as the general population. However, they likely also have longevity-associated variants that counteract such disease genes, thus allowing for slower aging and increased resistance to age-related diseases.

In this paper we also found several genes that occurred in our published genetic prediction model which had coding regions that led to differences in gene function. These findings support the validity of the genetic prediction model. The New England Centenarian Study has posted the whole genome sequences of these two subjects on a data repository (called dbGaP) based at the National Institutes of Health. This will allow researchers from around the world to access all of the data and use them for their own research. Our hope is that these data will lead to important discoveries about genes that help delay or allow the escape from age related diseases like Alzheimer’s disease.

There is a growing body of evidence for a substantial genetic influence upon survival to the most extreme ages. An important question is what would be the selection pressure(s) for the evolution of longevity associated genetic variants.  The pressure to have a longer period of time during which women can bear children and therefore have more of them and therefore have greater success in passing one’s genes down to subsequent generations could be one such pressure.  This hypothesis is consistent with the disposable soma theory where the trade-off in energy allocation between reproductive fitness and repair/maintenance functions can be delayed when longevity associated variants facilitate slower aging and the delay or prevention of age-related diseases that also adversely affect fertility. Several studies have noted an association between older maternal age and an increased odds of exceptional survival. The New England Centenarian Study assessed maternal age history in its sample of female centenarians and a birth-cohort-matched referent sample of women who survived to the cohort’s average life expectancy. Women who gave birth to a child after the age of 40 (fertility assistance was not technologically available to this cohort) had a four times greater odds of being a centenarian. Numerous investigators are now searching for and investigating genes that influence reproductive fitness in terms of their ability to also influence rate of aging and susceptibility to age-related diseases.

To speak to someone about our research, please call our toll free number: 1-888-333-NECS (6327). Choose the option to speak with a member of our staff and you will be directed to the right person.