Dr. John McCahan served as the Associate Dean for Academic Affairs at Boston 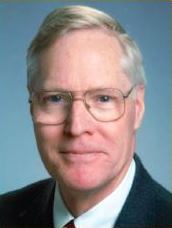 University School of Medicine from 1976 until June 1, 2006. From November 2003 through May 2005 he also led the School of Medicine as the Acting Dean. Dr. McCahan received his B.A and M.D. degrees from the University of
Pennsylvania. He subsequently trained in internal medicine at the Upstate Medical Center, Pennsylvania Hospital and Guy’s Hospital, London. Following two years of service in the United States Public Health Service at the National Communicable Disease Center in Atlanta, he joined the staff at Lincoln Hospital in the Bronx and the faculty at Albert Einstein College of Medicine. He was appointed Director of the Department of Medicine at Lincoln Hospital in 1972. During this period Dr. McCahan was centrally involved in student and post graduate training programs and became particularly invested in the care of the poor and the provision of health care services to underserved populations.

Following his recruitment to Boston University in 1975 as Associate Professor of Medicine, Dr. McCahan continued clinical practice with underserved populations through the Home Medical Service (now the Geriatrics Home Service). He regularly preceptored fourth-year students on home visits to frail elders. He developed a teaching program in family medicine and became a Professor of Family Medicine following the establishment of that department in 1997.

After his appointment as Associate Dean for Academic Affairs in 1976, Dr. McCahan oversaw numerous revisions and reforms of the M.D. curriculum. Most recently, he guided a major change in curriculum governance and chaired the Medical Education Committee, created in this reorganization. Throughout his career he has had a particular interest in the patient-doctor interaction and the teaching methodologies that result in effective clinical skills. He has actively taught, studied, and administered a variety of educational formats from large group lectures to one-on one teaching, feedback, and evaluation. In recognition of his excellence as an educator, Dr. McCahan received the Frederick Jackson Teaching Award and faculty membership in AOA.

In addition to serving as chairman of numerous administrative and educational committees, Dr. McCahan was the principal investigator of several grants and contracts, including a PHS-BHP Grant to Establish a Department of Family Medicine; a PHS-BHP Predoctoral Training Grant in Family Medicine; and a Community Partnerships with Health Professions Education Initiative, W.K. Kellogg  Foundation. He served as BUSM liaison and author of the Boston section of a plan for a statewide Area Health Education Center program. Throughout the years he earned the admiration of his colleagues for his ability to articulate and implement a clear vision of modern medical education. 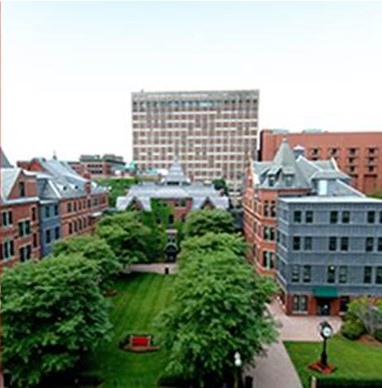