BU Study: New Vaginal Film, MB66, is Safe and Neutralizes HIV and HSV in Vaginal Fluid for up to 24 Hours

(Boston)— While a number of topical products designed to reduce the occurrence of sexually transmitted infections have been tested with largely disappointing results, researchers at Boston University School of Medicine (BUSM), Alpert Medical School of Brown University and Mapp Biopharmaceutical have now found that MB66, a vaginal film product containing monoclonal antibodies against human immunodeficiency virus-type 1 (HIV-1) and herpes simplex viruses types 1 and 2 (HSV-1 and 2), is safe and effective.

HIV-1 and HSV-1 and 2 are relatively common sexually transmitted infections associated with significant illness and sometimes even death. Though antiviral drugs can suppress viral concentrations and dramatically slow disease progression, these infections are incurable. Therefore, considerable effort is being directed toward prevention strategies.

Researchers conducted a Phase 1 clinical trial to assess the safety, acceptability, drug distribution and effectiveness of both single and repeated doses of MB66. The MB66 vaginal film multipurpose prevention product was safe, and well tolerated, both for single dose, as well as repeated dose application. In addition, effective antibody levels were detected in vaginal secretions up to 24 hours after product use and they significantly inactivated both HIV-1 and HSV-2 in laboratory tests. Women who participated in the study reported high acceptability and willingness to use the vaginal film with a majority of women reporting they would definitely use the product.

“The results of our study indicate that MB66 is safe and acceptable to women. Furthermore, our data showed excellent antiviral protection for at least 24 hours after product insertion, providing evidence that MB66 is a promising multipurpose prevention technology product to protect women against HIV and HSV-2. More clinical trials are needed to ascertain the clinical efficacy and acceptability in at-risk populations. It may be necessary to add more than one anti-HIV antibody to MB66 for optimal efficacy and to avoid HIV escape mutations,” said corresponding author Joseph Politch, PhD, associate professor of medicine at Boston University School of Medicine.

To date, there are no effective vaccines to prevent HIV or HSV transmission. Condoms are safe and effective when used consistently and correctly but are generally perceived as a barrier to intimacy and sexual pleasure, and have relatively low acceptability among both men and women. Therefore, there is a need for products like MB66 that can provide protection on demand if used as a vaginal film or longer lasting protection in the form of a vaginal ring.  These products will also allow women to have control over their sexual health.

This research was funded under the Integrated Preclinical/Clinical Program for HIV Topical Microbicides through a grant (U19 AI096398) from the NIH.

January 7, 2016 – SAN DIEGO – LeafBio, Inc., the commercial arm of Mapp Biopharmaceutical, Inc., announced today that a clinical safety trial of MB66 has begun. MB66 is intended to block sexual transmission of genital herpes and HIV as a rapidly dissolving film that releases anti-viral monoclonal antibodies to the vaginal mucosa.

A consortium of investigators from universities and the pharmaceutical industry is evaluating MB66.

“MB66 is designed to use antibodies to protect the vaginal mucosa much the same way Mother Nature would,” said Dr. Deborah Anderson, professor at Boston University and co-principal investigator of the initiative funded by the National Institute of Allergy and Infectious Diseases, part of the National Institutes of Health. “In preclinical tests, MB66 was safe and effective, and we are very pleased that a multipurpose prevention technology like MB66 has now advanced to the clinical evaluation stage.”

The Phase 1 safety trial is being conducted at The Miriam Hospital in Providence, Rhode Island. “We have evaluated a large number of the first generation microbicides in our clinical facilities, and are pleased to evaluate this novel technology for safety,” said Dr. Susan Cu-Uvin, professor of obstetrics-gynecology and medicine at Brown University.

“Scientists have been evaluating the safety and efficacy of antibodies delivered by infusion or injection in the prevention of HIV transmission. We look forward to evaluating similar antibodies applied topically,” said Dr. Kenneth Mayer, professor of medicine at Harvard University, medical research director of the Fenway Health Center and clinical co-chair of the trial along with Dr. Cu-Uvin.

“This is an exciting first step as we work toward the development of a multipurpose prevention technology that can protect against sexually transmitted infections and provide effective contraception at the same time,” said Dr. Kevin Whaley, CEO of Mapp.

MB66, which has been in development by Mapp since its founding in 2003, is the second LeafBio product to enter clinical trials. ZMappTM is currently being evaluated in an efficacy trial for the treatment of Ebola virus disease in the United States and West Africa.

About Mapp Biopharmaceutical and LeafBio: Mapp Biopharmaceutical was founded in 2003 to develop novel pharmaceuticals for the prevention and treatment of infectious diseases, focusing on unmet needs in global health and biodefense. As these products transition to clinical evaluation, LeafBio assumes ownership and commercialization responsibilities.The project described received funding from NIAID (Grant Number U19AI096398).

By Joseph A Politch
January 8th, 2016 in Articles.

Antibodies from plants: By inserting human genes into plants, scientists have been able to create disease-fighting proteins called “plantibodies,” which work just like the antibodies that the human immune system makes to ward off infections. Harvesting such proteins from plants—many plantibody researchers work with tobacco—is far cheaper than growing them in human cell cultures.(The world got a preview of plantibodies at work with ZMapp, the plantibody-based experimental drug that has been used to treat a handful of Ebola patients.) Researchers headed up by a team at Boston University are working to create a combination of plantibodies that would combat sperm, herpes, and HIV. The plantibodies would trap sperm and germs in vaginal mucus, paralyzing them until they are cleared from the body. Only the herpes and HIV plantibodies have been tested so far, and only in animals; sperm plantibodies are at an earlier stage of development. But eventually, the researchers hope to load all three proteins into a vaginal ring that would provide monthlong protection.

Plantibodies Could Pave the Road to Wellness (Newsweek, Dec. 15, 2014)

One day, women everywhere may dissolve a postage-stamp sized piece of translucent film in their vaginas. It might look like a Listerine strip. It might be coated with compounds capable of making sperm wriggle in place, keeping them from inseminating a woman’s egg. It might also halt the HIV and herpes viruses found in semen in their tracks. Oh, and those compounds might be grown in a lab inside tobacco plants.

This isn’t a playful exercise in techno-futurism. This is a description of a product, about to enter clinical research phases, that is part of an emerging group of drugs that are radically changing how we treat infectious disease.

In a dark room in the basement of the biomedical research building at Boston Medical Center, Jai Marathe leans over a laser scanning microscope, adjusting a plate that holds a disk of human tissue the size of a poker chip. The flap of flesh was made from human cervical cells by a company that sells them as vaginal models to researchers. Earlier, Marathe coated it in an antibody capable of attacking the sperm cells by making them stick together, preventing them from swimming. Then she coated the tissue in semen donated by a Boston University student. The dose of antibody had been grown inside a tobacco plant at a bioprocessing lab in Kentucky. The “plantibody,” as this and other antibodies grown in plants have been dubbed by the handful of companies that develop them, is the product of decades of sky-high hopes and experimentation.

(Boston)—Dr. Deborah Anderson from Boston University School of Medicine (BUSM) and her colleagues are challenging dogma about the transmission of the human immunodeficiency virus type 1 (HIV-1). Most research has focused on infection by free viral particles, while this group proposes that HIV is also transmitted by infected cells. While inside cells, HIV is protected from antibodies and other antiviral factors, and cell-to-cell virus transmission occurs very efficiently through intercellular synapses. The Journal of Infectious Diseases (JID) has devoted their December supplement to this important and understudied topic.

Approximately 75 million people in the world have been infected with HIV-1 since the epidemic started over 30 years ago, mostly through sexual contact and maternal-to-child transmission.  A series of vaccine and microbicide clinical trials to prevent HIV transmission have been unsuccessful, and scientists are returning to the drawing board to devise new approaches. The JID supplement advocates for new strategies that target HIV-infected cells in mucosal secretions.

The collaborative team of BUSM researchers includes Drs. Deborah Anderson, Joseph Politch and Jai Marathe from the Departments of OB/GYN and Medicine, Manish Sagar from the Department of Medicine and Rahm Gummuluru from the Department of Microbiology. Collaborators include Drs. Roger LeGrand and Natalie DeJucq-Rainsford from France, Julie Overbaugh from the University of Washington, Tom Moench and Richard Cone from Johns Hopkins University, Kevin Whaley from Mapp Biopharmaceutical and Kenneth Mayer from Harvard Medical School. It is their hope that these articles will help to inform and invigorate the HIV prevention field and contribute to the development of more effective vaccine, treatment, and microbicide strategies for HIV prevention. 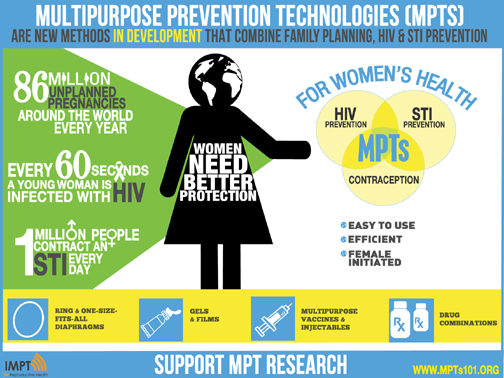 By Joseph A Politch
January 30th, 2013 in Conferences.

The 12th Congress of the International Society for Immunology of Reproduction (ISIR), hosted by the American Society for Reproductive Immunology (ASRI), will be held in Boston, Massachusetts USA from May 28-June 1, 2013.  This will be an outstanding opportunity to facilitate communication and collaborative work not only of reproductive immunologists from the Americas, but also with leaders in the field from around the globe.  The purpose of this conference is to further our understanding of reproductive immunology, sexually transmitted infections and cutting edge technology, specifically focused on clinical and translational research.  See website for participation and registration.

By Joseph A Politch
November 9th, 2012 in Conferences.

PLANT-BASED VACCINES & ANTIBODIES  2013  is scheduled for 5-7 June 2013 at the University of Verona in Italy.  PBVA 2013 is the fifth conference in this important series - again chaired by Dr. Julian Ma (St. George's University of London).  See website for participation and registration.

Bostonia Magazine published an article on the IPCP project in its Summer 2012 issue. By Joseph A Politch
April 6th, 2012 in Conferences.