Congratulations to the following faculty on their recent promotions.

Katherine Hsu, BUSM, Pediatrics, has a broad background in pediatric infectious diseases and public health, with specific training and expertise in STD surveillance and prevention. Her research includes work on vaccine-preventable diseases, surveillance for STDs, and evaluating clinician training initiatives focused on STD clinical care and HIV prevention. In 2007 she became the Medical Director for the Division of STD Prevention and HIV/AIDS Surveillance within the Bureau of Infectious Diseases at the Massachusetts Department of Public Health. As Co-PI on several CDC-funded grants, she has led initiatives to expand electronic surveillance for STDs in Massachusetts, and laid groundwork for improving clinician adaptation of STD and HIV prevention clinical guidelines in New England. In 2020 she became the lead pandemic response epidemiologist for early childcare re-opening and reporting of multisystem inflammatory syndrome in children in Massachusetts. She teaches and mentors BUSM medical students and other trainees in the Adolescent Primary Care Clinic and on the Pediatric Infectious Diseases consult service.

Valentina Sabino, BUSM, Pharmacology & Experimental Therapeutics, is a neuropsychopharmacologist with a strong research program which has been continually funded by the NIH. Dr. Sabino’s pioneering research is shedding light on the mechanisms underlying psychiatric disorders, offering new opportunities for the discovery of novel therapeutics. She is particularly well-known for her work on stress peptides (e.g., CRF, PACAP) and their role in alcohol addiction and other stress-related disorders. Dr. Sabino has been serving in several NIH study sections as well as on the NIMH Board of Scientific Counselors. Dr. Sabino has an excellent record as a teacher as well as a mentor of graduate and undergraduate students, postdoctoral fellows, and medical students.

Vincent C. Smith, BUSM, Pediatrics, has seamlessly developed the Division of Newborn Services, which now combines the previously separate Divisions of Neonatology and the Newborn Nursery. As Chief, he provides clinical, research and administrative oversight to both sections, which now include 12 physicians and three nurse practitioners. An expert Fetal Alcohol Syndrome Disorder as well as the growing and nationally important area of Alcohol Substance Use Disorder, he has developed criteria for neonatal discharge, which has impacted pediatricians nationally. During his 20-year tenure as a member of the American Academy of Pediatrics (AAP), he has served on its Committee on Substance Abuse, during which time he played an integral role in creating a number of policy statements distributed to the nation’s pediatricians, as well as the AAP Fetal Alcohol Spectrum Disorder Expert Panel. He is medical director of the AAP Fetal Alcohol Spectrum Disorder Program and a member of the Society for Pediatric Research, the National Perinatal Association, and serves in a number of leadership positions in the Massachusetts Medical Society.

Alexander Walley, BUSM, Medicine/General Internal Medicine, is a clinician investigator, primary care physician and public health expert who has led multiple studies on opioid overdose and the integration of addiction and general medical care. He is principal investigator on a series of studies on post-overdose outreach programs and he is the Massachusetts Care Continuum Core Director for the National Institute of Health-funded HEALing Communities Study. He directs the Grayken Addiction Medicine Fellowship at Boston Medical Center program, which trains addiction physician specialists, and the NIDA-funded Fellow Immersion Training program in Addiction Medicine, which trains subspecialty fellows each year to integrate addiction science into their subspecialty research. He provides integrated primary and addiction care in the HIV clinic. Since 2007, he has served as medical director of the Massachusetts Opioid Overdose Prevention Program that has trained and equipped over 100,000 people with naloxone rescue kits and documented more than 30,000 overdose rescues. 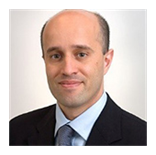 Asim Mian, BUSM, Radiology, is a clinical neuroradiologist with expertise in functional MRI. His research interests span neurodegenerative diseases and dementia, and trauma imaging of the brain and spine. He is co-Investigator on a NIH- funded study evaluating the role of MRI in Alzheimer’s disease. His sentinel contributions to this field include characterization of the radiological imaging features of the basal ganglia that may predict need for hemicraniectomy in large territory middle cerebral artery infarct, evaluation of spine MRIs in athletes participating in the Rio de Janeiro 2016 Summer Olympic Games and the evaluation of functional brain networks involved in decision making in dementia. Dr. Mian became an Associate Editor of the Journal of Neuroradiology in 2016. In addition, he has collaborated with other program directors at the University of Massachusetts, Northwell-Staten Island, and Mount Sinai to create a national curriculum on healthcare disparities that will be disseminated to residency programs in the United States in early 2021. 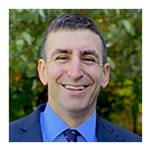 Christopher Conley, BUSM, Anesthesiology, is Director of Pediatric Anesthesia at BMC, who oversees inpatient and outpatient pediatric anesthesia, including in the Operating Room, Diagnostic Imaging, lnterventional Radiology and Endoscopy. Over the past decade, Dr. Conley has had a profound impact on the care of neonates and children, streamlining the pre-operative care of high-risk and medical complicated children through the development of a perioperative program for children who require anesthesia for procedures or diagnostic imaging. He also has developed educational sessions for various disciplines, including pediatric surgery, dentistry and gastroenterology, on topics ranging from pediatric airway management to perioperative risk assessment in children. He also serves as the associate program director for Boston University’s residency program in anesthesiology. In addition, he worked closely with BMC’s Pediatric and Surgical leadership to develop the guidelines for safe reopening of pediatric surgical, endoscopy and imaging services in response to the COVID-19 Pandemic.

Aparna Repaka, BUSM, Medicine/Gastroenterology, is Director of Interventional Endoscopy at VA Boston Healthcare. A clinician, she is frequently sought out to manage care for patients requiring complex oncological and biliopancreatic procedures. As an educator, Dr. Repaka is involved in training BUSM Gastroenterology fellows at the VA. She lectures medical residents rotating through the VA and has been a clinic preceptor for BUSM fourth-year medical students during their ambulatory medicine rotation at the VA. She is actively engaged in several national GI societies, including ASGE, ACG, WIE, etc. She is a Fellow of the American Society for Gastrointestinal Endoscopy, and has served on several of its committees, most recently the ASGE’s Training committee.