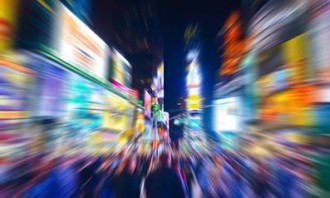 The more brand-specific alcohol advertising that young drinkers are exposed to, the higher their consumption of those brands, according to a new study led by researchers from the School of Public Health and School of Medicine.

The study, in the Journal of Studies on Alcohol and Drugs, found an association between past-year exposure to advertising, measured in what the researchers called “adstock” units, and consumption of the brands advertised. Every 100 adstock-unit increase in exposure was associated with an increase of six drinks consumed during the past 30 days, while exposures of 300 or more adstock units were associated with an increase of 55.7 drinks.

The study examined links between exposure to brand-specific TV advertising and drinking among a national sample of more than 1,000 youths, ages 13 to 20, who reported drinking in the past 30 days. Participants were surveyed about their past-month viewership of the 20 most popular non-sports shows that contained alcohol ads. They also were asked about their past-month consumption of the 61 brands in those advertisements.

The study estimated that the advertised brands accounted for almost 47 percent of all alcohol consumed by the young drinkers, and that there was a “dose-response” relationship between exposure to ads and drinking levels.

“The exposure-consumption relationship was particularly strong among those with 300 or more adstock units of exposure,” the researchers said. “There were fewer youth with these higher levels of advertising exposure, but they consumed a disproportionately large amount of the alcohol consumed by the entire youth sample.”

The research team noted that while alcohol advertising has been linked with youths’ brand choices in past studies, alcohol marketing remains self-regulated by the industry. Manufacturers have guidelines saying that ads should be limited to media that have a mostly adult audience. But alcohol companies don’t always follow their own guidelines, and there is no penalty for violations. The current study confirms that under-21 audiences are seeing plenty of alcohol ads, the authors said.

“Although previous studies have shown that exposure to advertising is related to which brands underage youths drink, few studies have assessed whether the quantity of exposure is associated with the total quantity of alcohol consumed by these youths,” said lead author Timothy Naimi, associate professor of community health sciences and of medicine at BUSM, and a physician at Boston Medical Center.

Michael Siegel, the study’s co-principal investigator and professor of community health sciences, said the study suggests that advertising influences “how much kids drink, not just what they drink.

“This has important implications because we know that the amount of alcohol consumption is associated with increased risks of harm, including motor vehicle fatalities, suicide and violence. We believe these findings should prompt a reevaluation of the industry’s self-regulatory framework, in order to reduce advertising exposure among underage youth,” he said.

The authors said they hoped the study would prompt research that further examines the exposure-consumption relationship, especially among youths who have high exposure to ads on TV and in other media.

Naimi said that, for parents, the findings offer extra motivation to curb kids’ time in front of the TV, particularly for programming with alcohol advertising. In general, experts recommend that children and teenagers spend a limited amount of time each day in front of a “screen”—whether a TV, computer, or phone.

“This could be yet another reason to limit screen time,” Naimi said.