The first large scale study in the U.S. on the mortality of patients with multiple sclerosis (MS) has been published and provides new information about the life expectancy of people with the disease. The study appears in the journal Multiple Sclerosis and Related Disorders. 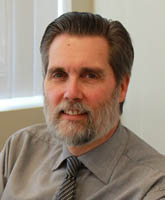 David Kaufman, ScD, associate director of the Slone Epidemiology Center at Boston University, is the lead author. The work is the result of a collaboration between the investigators at BU and their colleagues at University of California San Francisco, the University of Alabama, Heinrich Heine University in Düsseldorf, Care-Safe LLC, a consulting firm and the sponsor of the research, Bayer HealthCare Pharmaceuticals.

The investigators used health insurance claims data to identify a series of patients with MS and a comparison group of individuals from the same health plans who did not have MS.  A total of 30,402 MS patients and 89,818 non-MS subjects who were in the OptumInsight Research (OIR) database from 1996-2009 were included in the study. Data on deaths was obtained from government databases of death records. Annual mortality rates were 899/100,000 in MS patients and 446/100,000 in comparators. The median lifespan was 6 years less among the MS patients than among the non-MS group.

“Our findings are consistent with what has been reported elsewhere in the world,” explained Kaufman, professor of epidemiology at BU School of Public Health. “While the results apply only to the commercially insured U.S. population, that group represents more than two-thirds of individuals under age 65, and this is the first time an MS survival disadvantage has been shown in this country.”

While early mortality due to MS is relatively rare, the new data confirm that compared to the general population, MS patients in the U.S. do experience a decrease in life expectancy. Most of the information on survival patterns in MS has come from Europe, where populations, risk factors and medical practice may be different than in the U.S. With the large number of MS patients in the U.S., the lack of data represented a significant knowledge gap.  Future studies with longer follow-up periods can provide important information about how the introduction of anti-MS drugs in the 1990s has impacted survival in MS.

Learn About Changes to COVID-19 Processes