Even the most mainstream psychiatrists might agree that yoga is like chicken soup—it can’t hurt. But researcher Chris Streeter has gone a step further toward validating yoga’s potential to help treat depression and anxiety. In a study recently released in the Journal of Alternative and Complementary Medicine, the BU School of Medicine assistant professor of psychiatry and neurology scanned the brains of practitioners and found that compared with that age-old stress reliever, walking, yoga appears to be accompanied by greater improvement in mood and decrease in anxiety and a boost in the brain chemical associated with these benefits.

In Streeter’s 12-week study, a group of 34 randomly selected physically and psychologically healthy young men and women were divided into two groups, one that walked for an hour three times a week and one that practiced Iyengar yoga http://www.bksiyengar.com/ for the same amount of time. At four-week intervals, Streeter used a technique known as magnetic resonance spectroscopy to monitor subjects’ levels of a brain chemical called gamma-amino butyric acid, or GABA, elevated levels of which are associated with improved mood and decreased anxiety. She found that the yoga group reported a greater boost in mood than the walking group, with GABA levels matching those improvements. Although the role of GABA still isn’t completely understood, her study is the first to demonstrate the GABA-mood-yoga connection by looking at actual changes in the brain. BU Today spoke with Streeter about the implications of the study and the future of yoga as a way of treating mood disorders.

BU Today: What is the main implication of this study?

Streeter: This is the first study when we’re able to measure GABA’s relation to yoga. GABA is an important neurotransmitter, which is decreased in depressed people and increased in people who take so-called SSRIs (selective serotonin reuptake inhibitors), like Prozac, and it’s also implicated in anxiety disorders. It’s been reported for years that yoga helps people with depression and anxiety, but in this study we took people who didn’t have any experience with yoga and found that mood scales were higher in the yoga group, and so were GABA levels.

Why did you choose Iyengar yoga?

The beauty of Iyengar is that it’s been around for a long time and it’s pretty rigorous, with really well defined postures. And when you say it’s an Iyengar intervention, people know what you mean. There are variations in it, but as far as yoga goes, it’s as consistent as you can get. The other thing is, when people say “yoga,” it could be breathing, postures, meditation, or all of those things. But I had the subjects do mainly postures because I could see them actually doing it.

Do you think yoga alone could be a viable treatment for anxiety or depression?

It’s been suggested. But I would say it’s not a substitute, but rather an adjunct to treatment. It’s an exciting behavioral intervention, but the results here are associative, not causal. That’s a problem, expanding these results to say that doing yoga as a substitute for one’s meds is a good idea. It’s not. And doing yoga without proper training or supervision is not advised.

How does the use of magnetic resonance spectroscopy change the nature of mood studies?

It’s really exciting. The scan, which we use in conjunction with McLean Hospital, is really cutting-edge technology. Now we can measure what has historically been hypothesized. It used to be that if you could cut the brain, that was how you saw that these abnormalities were organic—it was not, so to speak, in the person’s head. But with functional imaging we have this picture that shows, gosh, here’s the brain of a depressed person before and after. It’s a much harder science.

Why did you decide to compare yoga to walking?

You really do need a control group. There have been a number of studies comparing aerobic and nonaerobic exercise that show exercise helps ease depression and anxiety. In this study, the walking group clearly had more exercise, and they were very active people. But the yoga group had more improvement in their mood than the walking group.

Could yoga be used to treat bipolar disease and thought disorders as well as depression and anxiety?

Yoga is probably always a good thing, more helpful than harmful. But some breathing exercises are not good for people who are manic or psychotic. They can trigger a psychotic episode.

Is mainstream psychiatry becoming more receptive to yoga as a treatment tool?

Doctors aren’t necessarily trained to prescribe it. But there was a study of using yoga to help treat epileptics. And we’re getting to the point when we’re actually getting good data. Yoga research is increasing exponentially.

I’ve been interested in yoga since I was in the seventh grade. I loved the mind-body interface, and yoga is a very interesting mind-body subject. It helps people deal with all kinds of problems.

Do you practice yoga?

People might misinterpret these results to mean that yoga is better than walking. Can you clarify the comparision?

In this study, in this population, walking didn’t prove to be as beneficial to mood as yoga. It doesn’t mean that yoga is better than walking in other populations and other situations.

This BU Today story was written by Susan Seligson can be reached at sueselig@bu.edu. 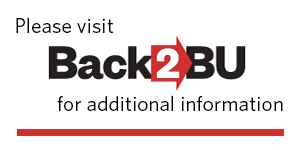 Where to Eat on the Medical Campus