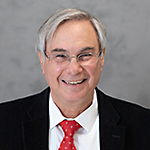 Cataldo Leone, DMD, has been appointed Dean ad interim of the Henry M. Goldman School of Dental Medicine (GSDM), effective April 1, 2021, while a national search is conducted to replace Dean Jeffrey Hutter, who has announced his retirement effective March 31, 2021.

Dr. Leone was appointed assistant dean for academic affairs in 2007 and associate dean in 2008. Nationally, Dr. Leone has served as an accreditation site visitor since 2014 and on the Joint Commission on National Dental Examinations, serving as vice-chair and chair from 2018-2020, implementing two new examinations: the Integrated National Dental Board Exam and the Dental Licensing Objective Structured Clinical Exam. He was also elected to the Commission on Dental Accreditation for a 2022-2026 term.

Dr. Leone was inducted as a fellow in the American College of Dentists in 2018 and received the BU Chapter of the American Student Dental Association’s Faculty Award for Outstanding Dedication and Service to Dental Students and Organized Dentistry and the 2012 Spencer N. Frankl Award for Excellence in Teaching.

In the coming weeks, Provost Morrison will announce the formation of a Dean’s Search Advisory Committee to help identify a permanent dean for the Goldman School of Dental Medicine. Thank you to Dr. Leone for his willingness to serve during this time of transition and Dean Hutter for his 12-plus years of exemplary leadership at GSDM and his distinguished service to the nation as an officer in the US Navy.