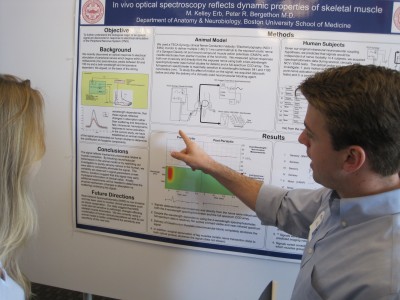 Kelley Erb is a PhD candidate in the Department of Anatomy and Neurobiology.

Kelley Erb received his bachelor’s degree in Mechanical Engineering from Lehigh University in Bethlehem, Pennsylvania.  Following graduation, he worked for a naval defense contractor in Newport News, Virginia.  There he was a part of the advanced electrical systems design group of the reactor plant planning yard, supporting several control and automation systems inside the propulsion plant of Nimitz-class aircraft carriers.  Before entering the PhD program, Kelley worked as a research technician at the Anatomy and Neurobiology Department’s Center for Biomedical Imaging, a core facility where he facilitated the planning and execution of MRI research studies, as well as the maintenance of a Philips 3T magnet.

In the Bergethon Lab, Kelley has several ongoing projects including an evaluation of the sensitivity and specificity of sensory evoked potentials for the detection and real-time monitoring of stroke as well as the application of diffuse optical spectroscopy in both neuromuscular and cerebrovascular physiology.  His thesis work is focused on the elucidation of an optical response to peripheral nerve stimulation, which likely derives from structural changes associated with muscle contraction.  Diffuse optical imagining is non-invasive, and this signal could contain myological information of both clinical and research value. 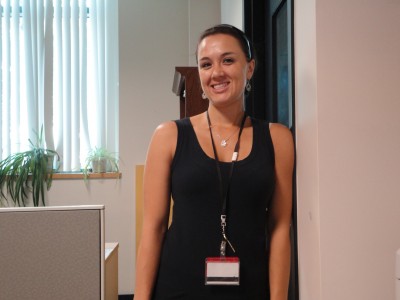 Danielle Farrar is an MD/PhD candidate in the Department of Anatomy and Neurobiology.

Danielle received a Bachelor of Science in Computer Science from the University of Washington.  While contemplating a career as a physician, she developed software at various positions for four years, including as a consulting engineer for Teranode Corp where she built models of laboratory workflows to maximize efficiency in the drug discovery process.  Prior to applying to medical school, Danielle completed the Master of Arts in Medical Sciences program within the Division of Graduate Medical Sciences at BUSM and completed a project in Addiction Medicine.

Danielle transferred into the MD/PhD program after completing a lab rotation in the Laboratory of Intelligence Modeling and Neurophysics during her first year in medical school.  Currently in the PhD portion of the program, the Bergethon lab has allowed her to combine her passion and skills in computing, neuroscience, and medicine. 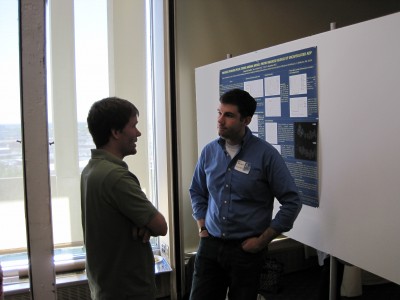 Ed obtained an Undergraduate Masters in Biochemistry at the University of Bath (U.K.) before crossing the pond to the United States. Before joining the Biochemistry program at BU he worked as a Senior Lab Technician as the Mayo Clinic, (Rochester, MN) for two years. During this time he studied the disease light chain amyloidosis (AL) looking at the effects of mutations in immunoglobulin variable domains on protein stability. This work led to several publications and co-authorship of a book chapter on the biophysics of amyloid formation and fibrillogenesis in AL.

Currently Ed’s work involves a mix of physical chemistry and biochemistry to design a liposome delivery system that can be specifically opened by near-infra red light. It is intended that this system will allow the non-invasive delivery of specific biological effector molecules, eventually for therapeutic applications. In a proof of principle, this system is being employed to induce a focal stroke. This has important utility to the stroke community as we expect high fidelity in the replication of the human syndrome with this liposome delivery system.

Read more about Ed on his blog. 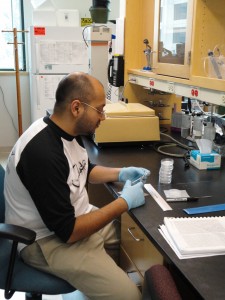 Darshan Trivedi is an MD/PhD candidate in the Department of Anatomy and Neurobiology.

Darshan was born and raised in Northern New Jersey. He attended Clark University where he studied computational modeling in biological and physical systems. Following college, he received a master’s degree from BUSM, developing a computer model of receptor-ligand interactions.

This led to admission to the BUSM MD/PhD program. He is currently a member of Dr. Peter Bergethon’s Intelligence Modeling and Neurophysics lab, where he studies vascular physiology and biophysics. He is also a life-long Yankees fan. 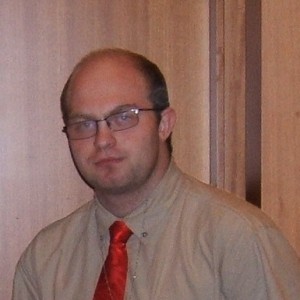 Lev Vaisman is an MD/PhD candidate in the Department of Anatomy and Neurobiology.

Prior to beginning the program here, at Boston University School of Medicine, he received his M.A.Sc. degree in 2008 from the Institute of Biomaterials and Biomedical Engineering and his B.A.Sc. degree in 2006 from the Engineering Science program, both at University of Toronto, Toronto, ON, Canada. His research interests are in neuroscience applications to rehabilitation, neural interfaces, and neural modeling.