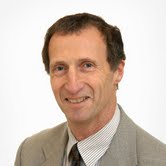 I have endeavored over the past 30 years to understand the pathogenesis of glomerular diseases by careful and in-depth analysis of experimental models. This led to several significant observations, some of which were paradigm shifting. The first was an unequivocal demonstration using isolated rat glomeruli that the target antigen in experimental membranous nephropathy is an intrinsic component of the glomerular capillary wall; later discovered by others to be megalin. We subsequently identified a new role for complement in glomerular injury in the same model, followed by the first demonstration that the complement membrane attack complex is the agent of injury and that podocytes are the target. This was followed by a series of in vivo and in vitro studies that identified several cellular pathways activated in podocytes by complement-induced sublethal injury, including phospholipases and calcium flux, collagen gene activation and alterations in focal adhesion complexes and the podocyte slit diaphragm induced by nephrin-actin dissociation. Application of proteomic technology led to the identification of nephrin as the slit-diaphragm protein targeted by nephritogenic monoclonal antibody, mAb516. The insights and technical expertise gained from experimental models allowed us to make the translational step to identify PLA2R as the target antigen in human membranous nephropathy and establish that autoantibodies to the antigen are commonly found in patients with active disease.

Information regarding Dr. Salant and relevant publications can be found at: