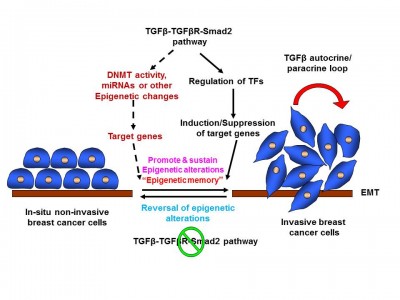 Dr. Thiagalingam’s primary research interest in cancer genomics and biology has been to elucidate multi-modular molecular network (MMMN) cancer progression models as the road map to dissect the complexity inherent to cancer and to design therapeutic strategies. As a post-doctoral fellow, he showed that loss of heterozygosity (LOH) at 18q targeted the SMAD4 gene inactivation in colon cancer.  As a result, the multi-step colon cancer progression model (i.e., “Vogelgram”) was revised to include SMAD4. Subsequently, he was involved in the identification of a family of five novel SMAD genes. The discovery of SMAD genes provided the missing link between the TGFβ receptors and the downstream signaling end effects. As a faculty member at Boston University School of Medicine, he continued to study the SMAD genes with the goal of deciphering their role(s) in cancer progression. Dr. Thiagalingam’s laboratory recently showed that loss of Smad4 promotes the metastatic potential of colon cancer cells due to loss of metastasis suppressor function leading to the enhanced expression of effectors such as VEGF, MMP9, and GLUT1 with corresponding increases in cell migration, aerobic glycolysis and resistance to 5’-fluoruracil-mediated apoptosis. Dr. Thiagalingam’s laboratory has also made several contributions to the understanding of breast cancer progression and metastasis.

Continuing with the interest in the role of TGFβ-Smad signaling pathway in breast cancer, initial studies uncovered that SMAD8 is a potential diagnostic and/or prognostic biomarker and a target for epigenetic silencing via DNA hypermethylation. In a recent proof of principle study using a breast cancer progression model system, his group discovered that overactive TGFβ signaling events are responsible for sustaining an altered cancer epigenome (i.e. “epigenetic memory”) defined by aberrant DNA methylation patterns affecting a subset of critical target genes involved in breast cancer. Since metastatic disease represents a significant clinical problem as it is incurable and remains as the major cause of death in the majority of breast cancer patients, Thiagalingam lab decided to identify novel metastasis suppressor and promoter genes that may have eluded the previous research efforts. To achieve this goal, they generated gene expression profiles of a breast cancer model system consisting of cell lines of the same genetic lineage representing the normal, benign, in situ carcinoma and the metastatic stages. By examining the genes that are overexpressed (i.e., candidate metastasis promoter genes) or lost in expression (i.e., candidate metastasis suppressor genes) in a metastasis specific manner in the model system, using meta-analyses of the pre-existing data on gene expression patterns of the tumor samples, and by evaluating for significant correlation to relapse of breast cancer in patients who underwent therapy, the Thiagalingam lab identified a metastasis promoter gene, IL13Rα2, and a candidate metastasis suppressor gene, serum deprivation response (SDPR). While IL13Rα2 has been previously implicated as a metastasis promoter gene in other cancers, the role of SDPR was uncovered for the first time as a candidate metastasis suppressor gene through these efforts. A related research interest for the Thiagalingam lab has been to study the cancer stem cells (CSCs) regarded as the therapeutically resistant subpopulation of metastatic cancer cells responsible for disease recurrence.  On this front, Thiagalingam lab found that periostin (POSTN), an extracellular matrix molecule secreted by the CSCs themselves is an essential constituent of the metastatic tumor microenvironment and plays a role in their maintenance by regulating critical cytokines.

Overall, ultimate goal of the Thiagalingam lab is to contribute towards the development of MMMN cancer progression models for breast and colon cancers and help to uncover novel diagnostic/prognostic biomarkers and targets for therapy as well as developing effective therapeutic strategies and agents for the metastatic cancer.

In addition to studying the various aspects of cancer, Dr. Thiagalingam has also been interested in taking an interdisciplinary approach to studying other complex diseases such as schizophrenia (SCZ) and bipolar disorder (BD). Since the genetic make-up, along with functional genetic polymorphisms are insufficient by themselves to provide a molecular basis for the pathogenesis of the majority of individuals with major psychiatric disorders such as SCZ and BD, Dr. Thiagalingam teamed up with Dr. Abdolmaleky, a physician scientist, to study the epigenetic basis of these major psychiatric disorders. Pioneering studies performed in Dr. Thiagalingam’s laboratory provided the first conclusive evidence for DNA hypermethylation silencing of reelin (RELN) and hypomethylation associated overexpression of the membrane-bound catechol-O-methyltransferase (MB-COMT) in SCZ and BD. Drs. Thiagalingam and Abdolmaleky are continuing with these research efforts by focusing on unravelling the correlation between the genomic and epigenomic alterations in schizophrenia and bipolar disorder to pathogenesis to identify effective therapeutic targets and agents. 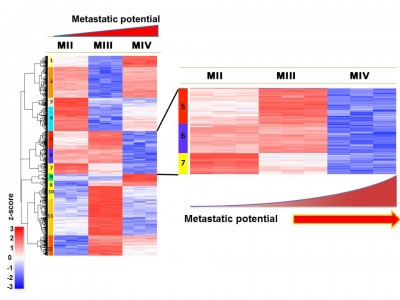 Abdolmaleky HM, Zhou JR, Thiagalingam S. An update on the epigenetics of psychotic diseases and autism. Epigenomics. 2015; 7(3):427-49. View in: PubMed