Congratulations to Drs. Pietro Cottone and Valentina Sabino who recently became U.S. citizens in a ceremony at the John F. Kennedy Presidential Library and Museum with approximately 200 other immigrants. Pietro and Valentina, natives of Italy, are Associate Professors in Pharmacology and Psychiatry and Co-Principal Investigators in the Laboratory of Addictive Disorders. Since joining Boston University in 2008, these talented neuroscientists have distinguished themselves as research leaders in the neuropsychopharmacology of addiction including eating disorders, obesity, and stress-related disorders.

Pietro shared his perspective on becoming a U.S. citizen in an in the July 17, 2019 issue of the Boston Globe, and in the August 9, 2019 issue of BU Today. A musician and composer, he also discusses the thoughts that led to release album he composed, arranged, and produced.  “Fight For Their Rights” is a collection of 10 songs “expressing his perspective of the social and political challenges that the world is facing.” As Pietro puts it in BU Today, “My album is an attempt to give a voice to the voiceless.”

Congratulations to Drs. Valentina Sabino, Camron Bryant, and Chris Gabel for being among the 2019 Jack Spivack Excellence in Neuroscience Awards recipients. Drs. Gabel and Sabino have been named as Spivack Emerging Leaders and Dr. Bryant has been honored as the Spivack Young Investgator. 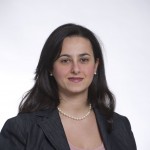 Valentina Sabino, Ph.D., Associate Professor of Pharmacology and Psychiatry, is the co-director of the Laboratory of Addictive Disorders. Her research focuses on the neurobiology of addiction and stress-related disorders. 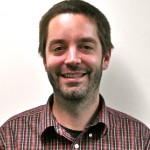 Camron Bryant, Ph.D., Assistant Professor in Pharmacology and Psychiatry, is the director of the Laboratory of Addiction Genetics. He conducts research on the genetic factors and neurological mechanism underlying substance abuse disorders.

Chris Gabel, Pn.D., Associate Professor of Physiology and Biophysics and Pharmacology, studies neuroregeneration, neurodegeneration, nervous systems Circuits, and behavior and the influence of anesthetics on neurocircuitry.

All three of these talented researchers are members of the NIGMS Program in Biomolecular Pharmacology, actively participating in teaching and mentoring our Ph.D. graduate students towards careers in neuroscience.

As reported in the Friday, October 19, 2018 edition of The Boston Globe, Boston University researchers published results of their study on the examining the role of inflammation in Alzheimer's disease in the journal JAMA Network Open. Per the abstract, the research objective was "To study the interaction between the apolipoprotein E (ApoE) genotype and chronic low-grade inflammation and its association with the incidence of AD." Framingham Heart Study data was mined to for subjects who had the ApoE4 gene to examine C-reactive protein levels as an indicator of the amount of body inflammation. 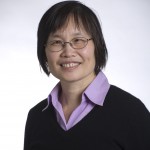 Wendy Qiu, M.D., Ph.D., Professor of Psychiatry and Pharmacology and corresponding author of the study, commented in The Globe, "Since many elders have chronic low-grade inflammation after suffering from common diseases like cardiovascular diseases, diabetes, pneumonia and urinary tract infection, or after having surgeries, rigorously treating chronic systemic inflammation in ApoE4 carriers could be effective for prevention of Alzheimer’s dementia.”

The study found that, "It is possible that chronic inflammation, rather than 1 episode of inflammation, interacts with genetic vulnerability to increase the risk for AD." This finding provides an important new insight into the development of Alzheimer's disease.

An amplified gene, MYCN, is found in ~30% of neuroblastomas, and is associated with highly aggressive tumors that have extremely poor prognosis. Dr. Feng's work on T-cell leukemia recently showed that when a specific gene is turned off it will prevent tumor growth caused by C-MYC, a close relative of MYCN. This award will support Dr. Feng's research which aims to determine if targeting this gene will suppress neuroblastoma development associated with MYCN activity.

The St. Baldrick's Foundation's mission is to "conquer childhood cancers." In 2014 Dr. Feng was selected by the St. Baldrick Foundation to receive a three year Scholar award totaling $330,000. Based on her research progress, she was awarded an additional $211,154 new grants in 2017 and 2018 to fund two more years of this Scholar award. These awards have enabled Dr. Feng to make great strides in her research on childhood cancers.

We congratulate to Dr. Feng on receipt of this award and take this opportunity to thank the St. Baldrick's Foundation for their generous support of Dr. Feng's research.

Dr. Richard Wainford spoke with Carey Goldberg on WBUR today regarding his study connecting salt sensitivity to mutations in the GNAI2 gene. He noted that 1 in 2 adults in the U.S. have high blood pressure and, according to this study, "if you have this mutation . . . you're three times more likely to be salt sensitive than patients that don't . . ." This is a promising new discovery for clinicians who currently have no way to identify patients who may be salt-sensitive and at risk for "the associated adverse cardiovascular outcomes." The details of this study were published in June 15, 2018 issue of Physiological Genomics.

Dr. Wainford, Associate Professor of Pharmacology and Medicine, Section of Cardiovascular Medicine and member of the BU Whitaker Cardiovascular Institute, is the Director of the Laboratory for Cardiovascular-Renal Research. His research is supported by funding from the National Heart, Lung, and Blood Institute.

Drs. Karen Harnett and Neil Ganem Honored as 2018 BUSM Educators of the Year

Karen Harnett, Ph.D., Assistant Professor of Pharmacology, and Neil J. Ganem, Ph.D., Assistant Professor of Pharmacology and Medicine, Section of Hematology and Medical Oncology are among the nine recipients of 2018 BUSM Educator of the Year honors. Faculty were nominated for awards in each category by medical students and Division of Graduate Medical Sciences students.

Dr. Harnett, a BUSM Pharmacology Ph.D. program graduate, was named Educator of the Year in Pre-Clinical Medical Sciences. She joined the Department of Pharmacology & Experimental Therapeutics in 2013 as Pharmacology educator and joined the Disease and Therapy (DRx) leadership team in 2015. She directs the Dental Pharmacology could for se ond-year dental students (DMDII) and first-year Advanced Standing dental students (ASI) at BU's Henry M. Goldman School of Dental Medicine.

Dr. Ganem, Principal Investigator and Director of the Laboratory of Cancer Cell Biology, is one of two recipients along with Dr. Darrell Kotton of the Educator of the Year in Graduate Medical Sciences, Dissertation Advisors award. Neil's research investigates the causes and consequences of aneuploidy and chromosome instability in human cancer, aims to define tumor suppression mechanisms that limit proliferation of aneuploid cells, and also to identify the common genetic adaptions made by cancer cells to overcome these growth barriers. He currently mentors one Ph.D. graduate student and three M.D./Ph.D. graduate students in the NIGMS supported Program in Biomolecular Pharmacology at Boston University, a BU Cell, Molecular and Genetics program undergraduate student, two postdoctoral researchers and a laboratory technician.

Congratulations to Karen and Neil on their excellent teaching skills, their commitment to their students, and on a job well done.

Zhen Y. Jiang, M.D., Ph.D., and his research group, have discovered a new C2 domain containing phosphoprotein CDP138 that is important for membrane trafficking. Membrane Trafficking Protein CDP138 Regulates Fat Browning and Insulin Sensitivity through Controlling Catecholamine Release in the April 2018 edition of Molecular and Cellular Biology and featured in Articles of Significant Interest Selected from This Issue by the Editors. Dr. Zhen and his group generated the first CDP138 knockout mice and revealed that CDP138 deficient mice are prone to develop obesity and insulin resistance. They discovered that CDP138 is a factor involved in the regulation of fat browning, energy metabolism, and insulin sensitivity through controlling sympathetic nervous function and the transmission of adrenergic signals. Per the editors' comment, "These findings provide the first evidence that CDP138 affects energy balance and insulin sensitivity through the transmission of adrenergic signals."

Dr. Jiang, is Associate Professor of Pharmacology and Medicine, Division of Endocrinology, Diabetes, and Nutrition, at Boston University School of Medicine, and a member of the Whitaker Cardiovascular Institute at Boston University. He is the Director of the Laboratory of Diabetes and Obesity Research.

Congratulations to Dr. Jiang and his group on this important discovery.

Tsuneya Ikezu, M.D., Ph.D., Professor of Pharmacology and Neurology, has been named as one of the four 2018 Spivack Scholars and one of the two recipients of the 2018 Jack Spivack Excellence in Neuroscience Award at Boston University School of Medicine. Dr. Ikezu, Director of the Laboratory of Molecular NeuroTherapeutics in the Department of Pharmacology & Experimental Therapeutics, has been recognized for his outstanding contributions to neuroscience research into neurodegenerative diseases, most especially for his groundbreaking studies on Alzheimer's disease.

Dr. Pietro Cottone Speaks at The Royal Society’s “Of Mice and Mental Health: Facilitating Dialogue Between Basic and Clinical Neuroscientists”

Pietro Cottone, Ph.D., Associate Professor of Pharmacology and Psychiatry, made a presentation on the "Neurobiology of Compulsive Eating" at The Royal Society's "Of Mice and Mental Health: Facilitating Dialogue Between Basic and Clinical Neuroscientists" in London on April 24-25, 2017. Based upon his current research, Dr. Cottone and his research group in the Laboratory of Addictive Disorders tested the hypothesis that "one of the underlying mechanisms of compulsive eating involves the negative reinforcing properties palatable food . . ."  According to their studies, rats who were deprived of regular access to highly palatable food demonstrated "spontaneous emotional signs of palatable food withdrawal, including anxiety- and depressive-like behavior,"  that was "accompanied by increased corticotropin-releasing factor expression (CRF)," and that "administration of a selective CRF1 receptor antagonist . . . was able to block both the overeating . . . and negative emotional state." These results are important in ultimately discovering novel therapeutics to combat compulsive eating.  The manuscript with details of this research will be published in The Royal Society's journal, "Philosophical Transactions of the Royal Society B."

Benjamin Wolozin, M.D., Ph.D., Professor of Pharmacology and Neurology at Boston University School of Medicine, has been named a Fellow of the American Association for the Advancement of Science (AAAS). He was elected for his contributions to molecular and translational neuroscience, particularly discovery of the role of cholesterol in Alzheimer's disease.

On January 26, 2017, Dr. Karen Antman, BUSM Dean and BUMC Provost announced that Dr. Wolozin is the recipient of the Jack Spivack Excellence in Neurosciences Award for 2017. His discovery of the essential role of RNA Binding proteins in the pathology of tauopathies, including Alzheimer's disease, represents a paradigm shift in our understanding of these diseases. With this discovery comes dramatic new opportunities for therapeutic interventions for Alzheimer’s disease and other tauopathies, based on targeting important members of the translational stress response, such as TIA1.