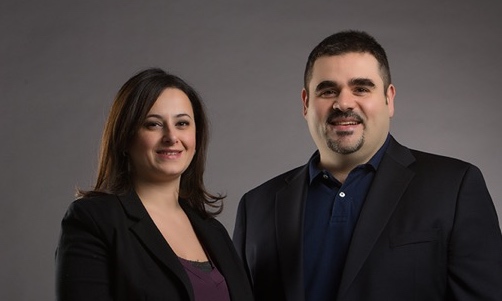 Congratulations to Drs. Pietro Cottone and Valentina Sabino who recently became U.S. citizens in a ceremony at the John F. Kennedy Presidential Library and Museum with approximately 200 other immigrants. Pietro and Valentina, natives of Italy, are Associate Professors in Pharmacology and Psychiatry and Co-Principal Investigators in the Laboratory of Addictive Disorders. Since joining Boston University in 2008, these talented neuroscientists have distinguished themselves as research leaders in the neuropsychopharmacology of addiction including eating disorders, obesity, and stress-related disorders.

Pietro shared his perspective on becoming a U.S. citizen in an in the July 17, 2019 issue of the Boston Globe, and in the August 9, 2019 issue of BU Today. A musician and composer, he also discusses the thoughts that led to release album he composed, arranged, and produced.  “Fight For Their Rights” is a collection of 10 songs “expressing his perspective of the social and political challenges that the world is facing.” As Pietro puts it in BU Today, “My album is an attempt to give a voice to the voiceless.”