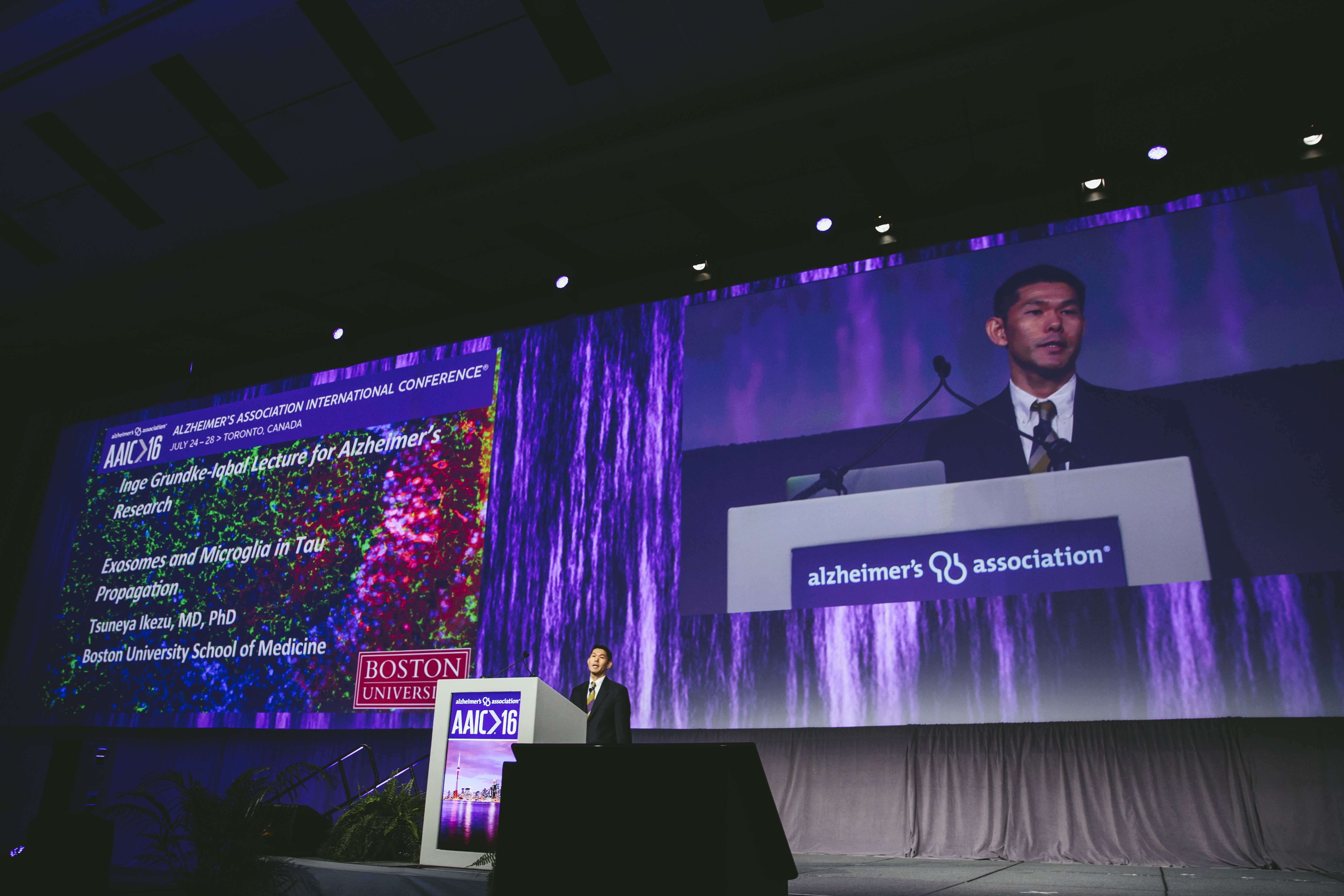 Tsuneya Ikezu, M.D, Ph.D., Professor of Pharmacology and Neurology, received the Inge Grundke-Iqbal Award for Alzheimer’s Research at the Alzheimer’s Association International Conference (AAIC) in Toronto, Ontario, July 24-28, 2016 and is one of two Boston University faculty members to receive a grant from the BrightFocus Foundation. Dr. Ikezu, whose research focuses on molecular therapeutic intervention of neurodegenerative and neuropsychiatric disorders, gave a plenary lecture at the conference.

The Inge Grundke-Iqbal Award for Alzheimer’s Research recognizes the senior author of the most impactful study on the biology of Alzheimer’s disease and related conditions published during the two calendar years preceding AAIC. The selected paper is “Depletion of microglia and inhibition of exosome synthesis halt tau propagation,” (Nature Neuroscience 2015 Nov;18(11):1584-93).

Dr. Inge Grundke-Iqbal, an internationally renowned neuroscientist, made a milestone discovery in the 1980’s: that abnormal hyperphosphorylation microtubule-associated protein tau is the building block in paired helical filaments (PHFs)/neurofibrillary tangles (NFTs) in the Alzheimer’s brain. This seminal discovery has contributed greatly to our overall understanding of neurodegeneration and led to major advances in Alzheimer’s research.

The BrightFocus Foundation has awarded Dr. Ikezu $300,000 for his research on the TREM2 molecule to develop novel therapeutics for the treatment of Alzheimer’s disease. The BrightFocus grant award and Inge Grundke-Iqbal Award both attest to the fact that Dr. Ikezu’s stellar work is pushing the boundaries of Alzheimer’s research.

We congratulate Dr. Ikezu on being selected for the prestigious Inge Grundke-Iqbal Award for Alzheimer’s Research and the BrightFocus grant award.