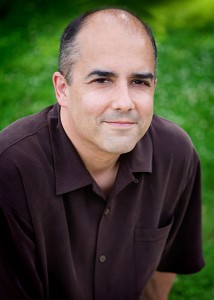 Kenneth J. Rhodes, Ph.D., Vice President of Neurology Discovery at Biogen Idec and an alumni of the Boston University Pharmacology Training Program, led the team of researchers that developed Tecfidera, an oral medication that defends against relapsing Multiple Sclerosis (MS).

The Food and Drug Administration recently approved Tecfidera, also known as dimethyl fumarate, for treating relapsing multiple sclerosis. This new drug delays progression of physical disability and slows the development of brain lesions associated with MS. It also reduces the inflammation caused when the immune system attacks myelin, which ultimately results in less damage to myelin in the body. In a Biogen Idec press release, Dr. Kenneth Rhodes stated that, “these exciting results support further research, as the data suggest that neublastin may have the potential to promote sensory neuronal regeneration and functional recovery following injury. The neublastin program is part of Biogen Idec’s commitment to innovative neurological science and discovery.”

According to the Boston Business Journal, Tecfidera “tops the list of the biggest potential revenue-generating drugs launched so far this year in the U.S., with expected sales of $2.9 billion by 2018.”

Dr. Kenneth Rhodes joined Biogen Idec in May 2007 after spending ten years in the Neuroscience Department at Wyeth, where he also led neurodegeneration drug discovery teams researching MS among epilepsy, stroke, Parkinson’s and Alzheimer’s disease. He served as a postdoctoral trainee under the mentorship of Dr. David H. Farb, Professor and Chair of Pharmacology at Boston University School of Medicine, from 1992-1993. Dr. Rhodes has published over 50 research papers in peer-reviewed journals such as Nature, Neuron, and the Journal of Neuroscience and most recently was the Keynote Speaker for the 2013 BU-Pfizer Symposium on “Therapeutic Innovation: Oxidative Stress and the Next Generation of Discovery” held November 5, 2013.