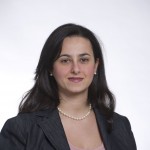 “Researchers at Boston University School of Medicine (BUSM) have discovered what they believe to be a major brain mechanism responsible for a heightened state of anxiety and possibly depression. The study, published in the journal Neuropsychopharmacology, involves a protein called pituitary adenylate cyclase-activating peptide (PACAP), a hormone and molecule in the brain, and its relationship with anxiety and depression.

Anxiety disorders are a serious public health problem because they represent the most common mental disturbances in the United States and are responsible for almost one third of the total health care costs. In addition, depression often occurs together with anxiety disorder in patients.

In their study, the researchers were found to be able to induce feelings of anxiousness and depression in a preclinical model after administering PACAP. According to the researchers it was both surprising and very interesting to find that the same molecule could induce both anxious and depressive feelings.

Importantly, the scientists also found that the mechanism of the anxiety and depression-inducing effects of PACAP involves another important and well known molecule and hormone, called corticotropin-releasing factor (CRF). Indeed, when the authors provided PACAP to the model, they observed an increase in the production of CRF in two important regions of the brain, the hypothalamus and the amygdala. More importantly, when the authors introduced a substance that blocked the receptors of CRF, PACAP could no longer induce anxiety and depression.

“In humans, a dysfunction of the amygdala PACAP system may therefore be responsible for the development of conditions involving atypical responses to stressors, including generalized anxiety, PTSD and depression,” said senior study author Valentina Sabino, PhD, assistant professor of pharmacology and psychiatry in the Department of Pharmacology at BUSM as well as co-director of the Laboratory of Addictive Disorders

Also contributing to this study were Riccardo Dore, PhD; Attilio Lemolo, PhD, Karen L. Smith, PhD, Xiaofan Wang PhD and Pietro Cottone, PhD. The Laboratory of Addictive Disorders at Boston University School of Medicine is continuing this line of research to better understand the neurobiology of the PACAP system, with the hope of ultimately developing new therapeutic agents for the treatment of these debilitating psychiatric diseases.