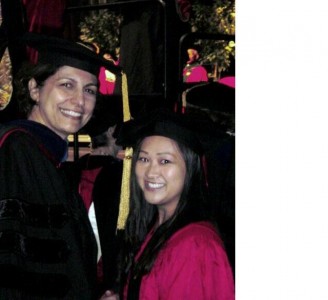 1) Exosomal microRNA (miRNA, miR) as a Biomarker in Neuropsychiatric Diseases

My colleagues and I have recently shown that: 1) exosomes harbor differential microRNA (miR) expression in the postmortem brain tissue of patients diagnosed with either bipolar disorder (BD) or schizophrenia (SZ) in comparison to controls (#1); and 2) major cell-categories as well as distinct cortical areas’ exosomes from BD patients differ in specific miR expressions in comparison to controls.  The currently submitted proposal is built on the central hypothesis supported by the accumulated preliminary data:  miRs packaged into exosomes released from neuronal and glial cells into CSF and serum can be used as biomarkers because they represent a read-out of specific alterations in transcriptional regulation of the proteome in SZ and BD.  We will use small RNA-Seq protocol developed by my colleagues, Drs. Andre Fischer and Anja Schneider in Goettingen, Germany, because this protocol yields reliable miRome from only 0.5 ng of RNA extracted from exosomes in clinically obtained serum and CSF samples. These colleagues, together with Dr. Thomas Schulze, internationally renowned expert in bipolar disorder, Dr. Vishwajit Nimgaonkar, a schizophrenia expert with over 20 years experience in international projects, Dr. Alexandra Dumitriu, a specialized RNA-Seq bioinformatician at Genome Science Institute at BUSM, and Boston University School of Public Health Professor and a leading US biostatistician, Dr. Howard Cabral, are the co-investigators.

I have been working on this project with my colleague, Dr. Sudha Seshadri, BU Professor of Neurology and Framingham Hearth Study Senior Investigator, BU GMS students, Stephanie Adams and Tim Norman, and our Department’s expert histotechnologists Kathy Tilton and Teresa Lima.  Aging is associated with the occurrence of Alzheimer’s disease (AD) and reduction in hippocampal volume. We have been examining the protein expression of novel genes implicated in both events using immunohistochemistry on paraffin-embedded postmortem hippocampal CA1 sections with no or mild-to-moderate AD-associated pathological changes, accompanied with the CDR (Clinical Dementia Rating) scale scores.   Genome-wide association studies (GWAS) have established BIN1 as the most important AD susceptibility locus after APOE.  We found BIN1 protein expressed strongly in CA1 glial somata of all the examined cases while the punctate signal in neuropil varied substantially. EPHA1, another confirmed AD risk locus, is an ephrin receptor implicated in brain-region specific apoptosis. We found EphA1 in the cytoplasm of neurons and glia, however, the quality of signal (homogeneous vs. granular) appeared to vary with AD changes.  Methionine sulfoxide reductase B3 (MSRB3) locus, critical for oxidative stress, was identified GWAS studies on hippocampal volume. We found MSRB3 signal as discrete cytoplasmic puncta in CA1 pyramidal neurons from all of the examined cases, albeit in various amounts.  We also examined the expression of LEMD3, a possible causal gene at the MSRB3 locus, and observed it in either some or virtually all CA1 neurons and glia, depending on the degree of AD changes. Further quantitative analysis of these distinctly expressed genes is underway to examine the correlation with cognitive decline.

Through collaboration with Tsai laboratory at MIT, Picower Institute for Learning and Memory, Brain and Cognitive Sciences Department, I have been participating in CLARITY protocol to map AD pathology in mouse and human brain. The initial findings will be presented in “Mechanisms of Neurodegeneration” conference in Heidelberg, Germany, in June 2015.