Research is focused on the functional organization and the cellular biology of the basal ganglia with a specific interest in the pathophysiology of Parkinson¹s disease and l-DOPA-induced dyskinesias.

Dopamine and the basal ganglia

Parkinson’s disease is a neurodegenerative disease characterized by a loss of dopamine neurons in the brain. Movement abnormalities observed in Parkinson¹s disease are secondary to the loss of dopamine neurons and involve abnormal cell signaling in brain regions such as the basal ganglia. The most common therapeutic intervention in Parkinson¹s disease consists in administering the precursor of dopamine, l-dopa. However, long-term exposure to l-DOPA results in severe secondary effects and abnormal movements such as dyskinesias. One major research objective in the laboratory is to understand the mechanisms involved in dyskinesias in experimental models of Parkinson¹s disease.

GABA is a major inhibitory neurotransmitter in the mammalian brain. Another focus of the laboratory is to study the mechanisms involved in the regulation of GABA-mediated signaling by dopamine receptors in the normal brain and in models of Parkinson’s disease.

Dr. Soghomonian’s laboratory uses a number of behavioral, pharmacological, anatomical and molecular approaches to the study of Parkinson’s disease and motor disorders in Parkinson’s disease. The major approaches and techniques used in the laboratory are behavioral assessments of motor activity, in situ hybridization histochemistry, immunohistochemistry, light and fluorescent microscopy, quantitative image analysis, western blotting and RT-PCR. 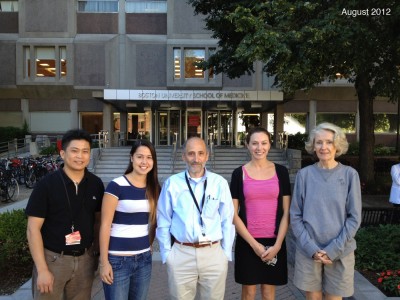 Dr. Soghomonian is the director of the laboratory. His research is focused on the functional and cellular organization of the basal ganglia and associated motor disorders

Kunzhong Zang is a post-doctoral fellow who investigates the mechanisms involved in l-DOPA-induced dyskinesia.

Amelie Lanoue graduated with a Ph.D. in 2013. She was working on the pathophysiology of the prefrontal cortex in Parkinson’s disease. 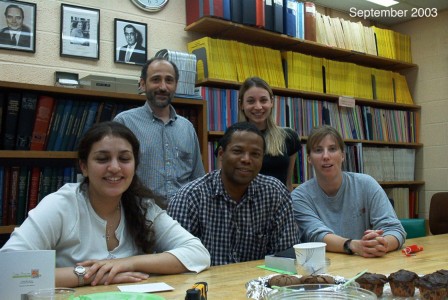