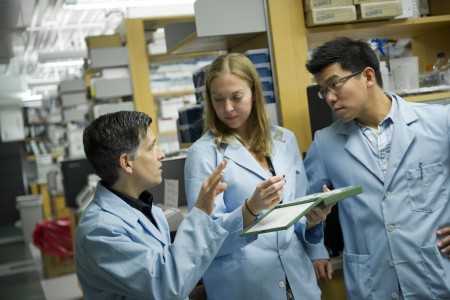 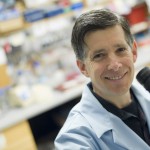 Benjamin Wolozin completed his undergraduate education at Wesleyan University in Middletown, CT. He earned his M.D. and Ph.D. degrees from Albert Einstein College of Medicine, as part of the Medical Scientist Training Program. His postdoctoral fellowships were spent at Mt. Sinai Medical Center (1988-9) and the National Institute of Mental Health (1989–96). He joined Loyola University Medical Center in 1996 as an Associate Professor and rose to the rank of tenured full professor. He joined the Department of Pharmacology & Experimental Therapeutics at Boston University School of Medicine in 2004 as a Professor and also holds a secondary appointment in the Department of Neurology.

Dr. Wolozin is member of the Boston University Alzheimer’s Disease Center and the Boston University Parkinson’s disease and Movement Disorders Center. His interests focus on the pathophysiology of neurodegenerative diseases, including Alzheimer’s disease, Parkinson’s disease and Amyotrophic Lateral Sclerosis. His work on Alzheimer’s disease examines the role of cholesterol in the pathophysiology of Alzheimer’s disease, and stems from his discovery in 2000 that subjects taking the cholesterol-lowering medicines, termed statins, have a lower incidence of Alzheimer’s disease. His work on Parkinson’s disease examines the interaction between genes implicated in the disease, such as LRRK2 and alpha-synuclein, and environmental factors implicated in the disease. His work on ALS focuses on the response of RNA metabolism and protein translation to stress. He uses multiple approaches to study neurodegenerative disease, ranging from molecular approaches to epidemiology. These approaches include molecular biology, cellular biology, transgenic mice, transgenic C. elegans, study of human brain samples and epidemiological database analyses.

At present, Dr. Wolozin serves as the primary investigator for several funded studies including, LRRK2 and Neurodegeneration, Interaction between genes and mitochondria in Parkinson’s disease, Stress granules and the biology of TDP-43, Development of Opticogenetic switches for mitochondrial function, and LRRK2 interactions with pathways linked to protein folding and degradation.

Dr. Wolozin has received numerous awards for his research including the Donald B. Lindsley Prize, Society for Neuroscience, the A. E. Bennett Award and a Merit Award from Alzforum. He is a member of the Scientific Advisory Board for Proteotech Pharmaceuticals and CMD Bioscience LLC, and is on the executive board for the Committee for Skeptical Inquiry. He also serves on numerous editorial boards, including the Journal of Biological Chemistry and Neurodegenerative Diseases, and is a standing member of the NIH CMND study section. 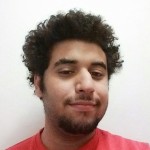