Laboratory of Molecular Psychiatry in Aging 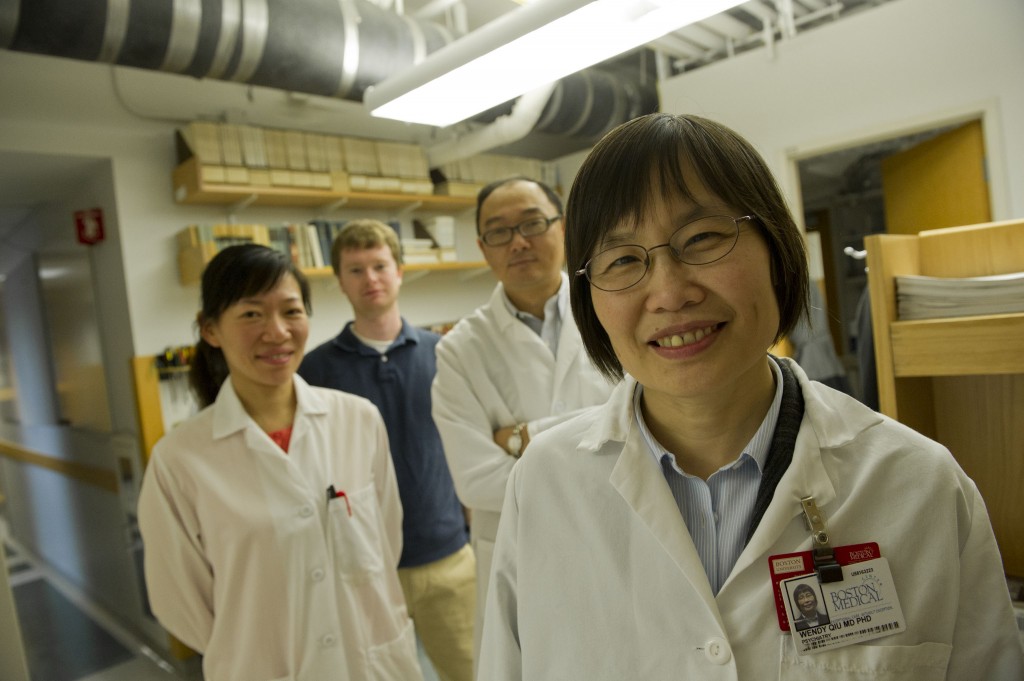 Using a homebound elderly population and the appliance of the modern technologies, including molecular biology, cell biology, and molecular imaging, our research goal is to study the pathaphysiology underlying the preclinical stage and development of neurodegenerative diseases, especially Alzheimer’s disease (AD).   Late life depression and type 2 diabetes are two factors we are especially interested in studying. As the elderly population ages, we urgently need tests which are simple, noninvasive, sensitive, and specific to identifying individuals who are at an increased risk for AD, like the blood cholesterol test for atherosclerotic diseases. There are currently no blood tests used to screen for the risk of AD, nor any treatments to delay AD progression. Thus, our mission is to use our research findings to develop diagnostic tools and effective treatments for AD and other diseases in geriatric psychiatry.

One of the pathological hallmarks of AD is the accumulation of amyloid plaques, consisting of an extracellular peptide known as Aβ, in the brain. Many studies have show that Aβ is generated from processing the Amyloid Precursor Protein (APP) and secreting it into excellular space. We are interested in studying the clearance of Aβ, which is important for understanding the pathogenesis of AD.  Toward this goal, we have identified a secreted protease, insulin degrading enzyme (IDE), which is the major protease in the degradation of Aβ, via unbiased protein purification from a conditioned medium of a micraglial cell line BV-2 (Qiu et al. 1998).  Since IDE degrades insulin and Aβ, the finding has led us to study the relationship between type 2 diabetes, which has elevated insulin, and the risk of AD in the homebound elderly population. We have found that type 2 diabetes is associated with poor cognitive function in this population (Qiu et al. 2006).  We are in the process of using molecular biology and genetics to study IDE degradation and the regulation of IDE. We are also using magnetic resonance spectroscopy (MRS) to study IDE and its metabolism in the brain.

Depression often precedes the cognitive symptomatic onset of AD and plasma Aβ42 declines before and soon after the onset of AD. However, the relationship between prodromal depression and plasma Aβ or amyloid deposits in the brain remains unclear. One of our studies is to clarify this relationship, and in doing so, bring us closer to finding the early symptoms or a treatment for AD. Our study suggests that there is a subtype of depression, which is associated with Aβ in the blood (Qiu 2006), poor memory (Sun et al. 2008), and atrophy of the temporal lobe (Sun et al. in press).  Our hypothesis is that this specific subtype of depression will eventually lead to mild cognitive impairment and AD. We are in the process of using amyloid PET imaging to study this depression subtype. Further, we will also study the pharmacological and nonpharmacological methods to delay the development of AD among the elderly with late life depression. 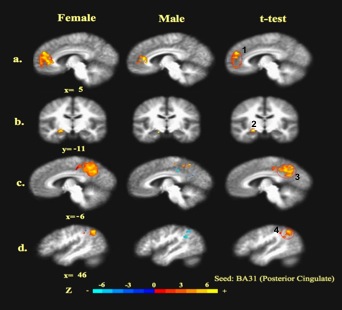