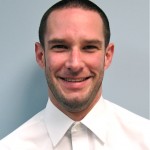 Alissa is an M.D./Ph.D. student. Her research focuses on the integrated central neural and renal mechanisms regulating blood pressure with the goal of identifying potential targets in hypertension.

Alissa joined the Lab in the fall of 2015 and presented her a poster at her first national meeting, the American Heart Association’s Council on Hypertension 2016 Scientific Sessions in September in Orlando, Florida.  Her poster on “Impaired Central, Renal, and Blood Pressure Responses to Alterations in Fluid and Electrolyte Homeostasis in Aged Sprague-Dawley Rats” was awarded Best Poster.

Jonique is a Ph.d. candidate, and joined the lab in 2017 as a second-year student with an interest in diabetes and cardiovascular research.

Franco is a Ph.d. candidate, and joined the lab in 2017 as a second-year student with an interest in understanding the role of the kidney in salt sensitive hypertension.