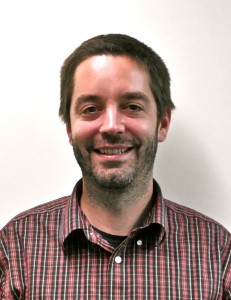 Camron D. Bryant completed his undergraduate degree in psychology at the University of Illinois, Urbana-Champaign where he conducted an honors thesis project examining the genetic basis for phenotypic variation in the analgesic properties of acetaminophen (Tylenol®) in mice.  Dr. Bryant earned his Ph.D. in neuroscience from UCLA in 2006 where he focused on signaling mechanisms and Pavlovian-conditioned properties of opioid adaptive behaviors.  He completed his positions as a Postdoc and Research Associate in genetics at the University of Chicago (2007-2012) before joining the Department of Pharmacology at Boston University School of Medicine as Assistant Professor in the fall of 2012.  Dr. Bryant has received numerous awards including the Achievement Award for College Scientists (ARCS), the International Behavioural and Neural Genetics Society (IBANGS) Outstanding Young investigator Award for Postdocs, and the American College of Neuropsychopharmacology (ACNP) Travel Award.  He serves as an ad hoc reviewer for several peer-reviewed journals in his field including Genes, Brain and Behavior, Psychopharmacology, Drug and Alcohol Dependence and is a Review Editor for Frontiers in Genetics.

Lisa is a third year Biomedical Neuroscience doctoral candidate at Boston University in the Department of Pharmacology. She completed her undergraduate degree in Neuroscience, with a minor in Mathematics at Vassar College in Poughkeepsie, NY.  During her undergraduate career, Lisa worked closely with Dr. Holloway in the Psychology department studying the effects of play deprivation on oxytocin and neurogenesis in rats. Additionally, she completed a summer internship at Harvard’s New England Primate Research Center in Southborough, MA, where she worked with Dr. Gregory Miller investigating the role of trace -amine associated receptor 1 in a mouse model of methamphetamine abuse.  During this time, Lisa also worked with Dr. Donna Platt training squirrel monkeys, Saimiri sciureus, in alcohol discrimination to study alcohol addiction.  Lisa is currently completing her thesis work with Dr. Camron Bryant in the Laboratory of Addiction Genetics.  Lisa’s work focuses on understanding the genetic underpinnings of behavioral traits associated with substance abuse by combining gene mapping with behavioral assays such as conditioned place preference.  Currently, she is focusing on differentiating the opposing regulatory roles of the delta and epsilon isoforms of casein kinase 1 in sensitivity to drugs of abuse.

Neema currently is a second year Pharmacology doctoral student in department of Pharmacology and Experimental Therapeutics at Boston University School of Medicine. Before coming to BU, Neema attended the University of California, San Diego (UCSD), where he studied Physiology and Neuroscience for his Bachelor’s degree (2011) and Neuroscience for his Master’s degree (2012). From his second year through his graduate coursework at UCSD, Neema studied Innexin gap junction proteins in Hirudo medicinalis (the medicinal leech). During his undergraduate years, he participated the leech genome project, and localized the expression of newly discovered Innexin genes to specific neurons in the embryonic leech central nervous system. For his master’s coursework, Neema studied the functional relationship between invertebrate Innexins, and vertebrate Connexins and Pannexins through site-directed mutagenesis of pan-neuronally expressed Innexin 1 and glial expressed Innexin 2, eventually leading to his discovery of dominant negative gap junction mutants. Currently, Neema is pursuing is doctoral research with Dr. Camron Bryant in the Laboratory of Addiction Genetics. His research aim is to deduce which of four candidate genes is responsible for increased methamphetamine sensitivity in specific lines of mice. To do this, he will utilize customized transcription activator-like effector nucleases (TALENs) to knockdown each target gene in mice, followed by experiments analyzing drug sensitivity, conditioned place preference, and primary neuron cultures to assess cellular underpinnings of behavior.

Stacey is a laboratory technician and the lab manager in the Laboratory of Addiction Genetics.  She earned her undergraduate degree from the University of Chicago in 2012 where she majored in comparative human development. During college, Stacey worked in Dr. Abraham Palmer’s Lab studying the genetics of fear and anxiety in mice. She is currently completing coursework in order to fulfill prerequisites and apply for medical school.  Stacey and Dr. Bryant worked in the same laboratory at the University of Chicago and as luck would have it, they both moved here at the same time – thus, Stacey was the ideal person for the position.