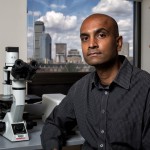 Dr. Anurag Singh received his undergraduate degree from Stony Brook University in New York in Pharmacology. He then earned his Ph.D. in Pharmacology from the University of North Carolina at Chapel Hill, where he worked with Dr. Channing Der on Ras-related small GTPase-mediated signal transduction pathways. His postdoctoral studies were conducted at Harvard Medical School, Massachusetts General Hospital from 2005 to 2011. There he worked under the mentorship of Drs. Jeffrey Settleman and Dr. Daniel Haber. In 2011, he joined the Pharmacology and Experimental Therapeutics Department at Boston University School of Medicine, with a joint appointment to the Division of Medical Oncology and Hematology.

Dr. Singh is a member of the Boston University Cancer Center and was recruited to the newly created Shamin and Ashraf Dahod Breast Cancer Research Center. His research is focused on systems level mechanistic elucidation of cancer progression using functional genomics. He is particularly interested in oncogenic signaling networks controlled by mutant RAS proteins and how these networks vary based on tissue context and genetic background. His lab uses gene expression profiling to identify mediators of tumor cell survival that could represent attractive therapeutic targets for the development of novel anti-cancer agents. 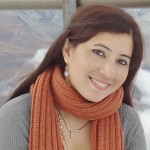 Anita is a postdoctoral fellow working under the mentorship of Dr. Anurag Singh. She received her Bachelor’s degree in Life Sciences from Himachal Pradesh University, Shimla, India in 2006. She studied Biotechnology and was awarded her Master of Science at Rajasthan University, Jaipur, India in 2008. Anita conducted doctoral studies towards a Ph.D. in the doctoral college for cardiovascular and metabolic diseases (DK-MCD) at the Medical University of Graz in Austria. While pursuing her doctoral thesis, she worked with Prof. Kurt Zatloukal and Prof. Johannes Haybaeck on characterizing the role of altered keratin (Krt)18/8 architecture in Steatohepatitis (SH) – induced Hepatocellular carcinoma (HCC) in a hepatocyte specific manner. Her current research interests are in the broad area of RAS-mediated inflammatory signaling networks in cancer pathophysiology with a focus on clinical and translational research. She is currently working on characterizing cancer-associated microRNAs in KRAS mutant lung cancers.  She is also interested in investigating proinflammatory signaling networks in KRAS dependent colon cancers. 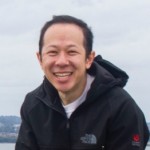 Kevin is an MD/PhD student in the department of Pharmacology and Experimental Therapeutics. He received his bachelor’s degree in molecular and cell biology at the University of California, Berkeley in 2009. There, he worked with Dr. Gordon Watson studying the effects of 7-dehydrocholesterol in a mouse model of Smith-Lemli-Opitz sydrome and using gene therapy to replace the non-functional dehydrocholesterol reductase enzyme in these mice. He then went on to intern at Sangamo BioSciences under Dr. Jianbin Wang working with their zinc finger nuclease technology to engineer T-cells resistant to HIV infection through the modification of coreceptors CCR5 and CXCR4. Kevin is currently interested in characterizing the effects of certain inflammatory signaling networks and their effect on EMT, RAS dependence, and autophagy in pancreatic cancer. 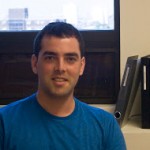 Will is a Research Technician in the Laboratory of Cancer Pharmacogenomics at Boston University, where he joined in May 2013. He received his B.S. in Neuroscience and Behavior for the University of New Hampshire where he completed his thesis on cognitive-mapping behavior in rats under the supervision of Dr. Brett Gibson. He is currently working on studying the role of non-coding microRNAs in the pathogenesis of KRAS-dependent lung cancers. 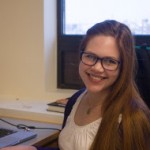