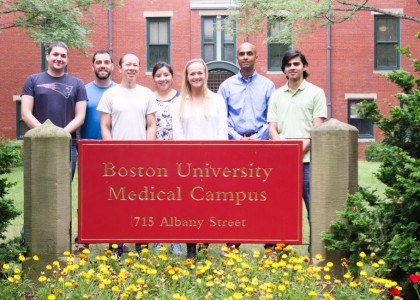 Welcome to the Laboratory of Cancer Pharmacogenomics under the direction of Principal Investigator Dr. Anurag Singh.

Current research in the lab is focused on elucidating oncogenic KRAS-dependent transcriptional networks that coordinately regulate inflammation, autophagy and cell survival. We are also interested in contextual variability in these networks based on tissue lineage and genetic background. Through this approach, we have identified a number of attractive candidate therapeutic targets that can be antagonized to promote cancer cell death in a context-dependent manner, such as the kinase TAK1 in colon cancers. Since effective pharmacological targeting of the mutant KRAS protein has proven challenging, a key translational goal is to identify clinically efficacious small molecule inhibitors against critical nodes in oncogenic KRAS signaling networks.

Current research projects in the lab include: