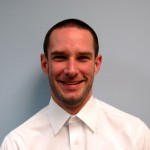 Dr. Wainford is an Assistant Professor in the Departments of Pharmacology & Experimental Therapeutics and Medicine, Division of Cardiovascular Medicine and a member of The Whitaker Cardiovascular Institute. His research interests focus on the central neural control of fluid and electrolyte homeostasis and blood pressure regulation in both health and disease.